O'Rourke Says He'll Keep His Campaign Positive, Even with Cruz Ahead in Polls 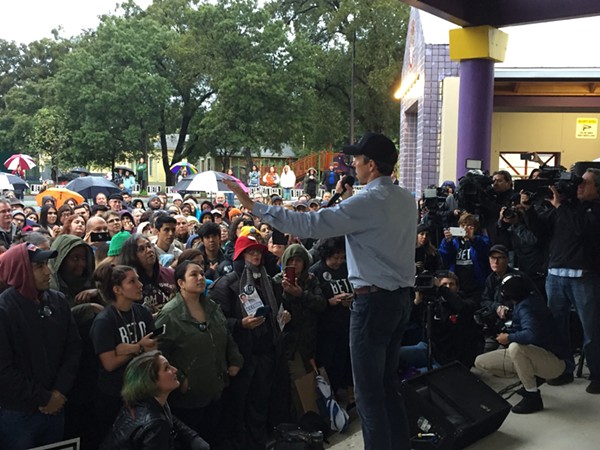 "In recent history, the polls have gotten a lot of races wrong," O'Rourke said after a rally at San Antonio's Plaza Guadalupe. "Everywhere we go, the reddest of places, the bluest of communities, people are turning out in record numbers. So, I don't know that I'm ready to concede that we're behind. I think this election is in play and as close as it gets."

The state's spike in new registrations, plus the campaign's outreach to college students and immigrant communities are unlikely to be reflected in conventional polling, he added.

O'Rourke's widely watched campaign has relied on roadshow campaigning and upbeat messaging. His social media-style television ads eschew attacks on his Republican opponent. But the famously acerbic Cruz has had no trouble going negative, either on-air or in campaign appearances.

The candidates will conduct their second debate Tuesday night in San Antonio.

O'Rourke, now flush with a record-shattering $38.1 million in quarterly donations, said his campaign will unveil new TV spots in the next week or so. But, he added, they won't be attack ads.

Even so, O'Rourke couldn't resist slipping in a few zingers when speaking to reporters. When asked about his strategy for Tuesday's debate, he said he'd draw contrast between his positions and those of his opponent. One example: man-made climate change, something Cruz has repeatedly denied.