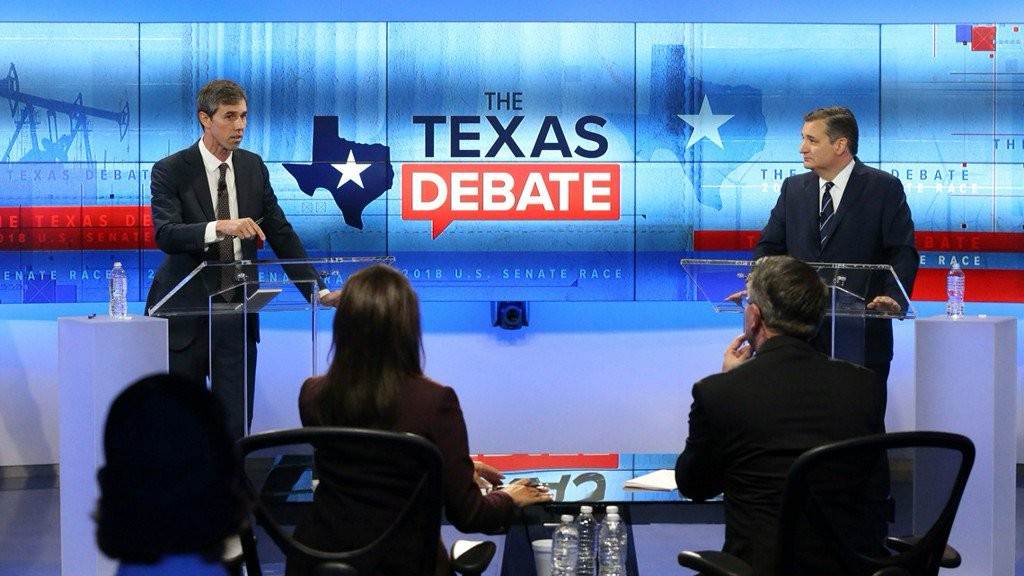 U.S. Rep. Beto O'Rourke threw off his gloves for his second, and likely final, debate with Sen. Ted Cruz, even borrowing President Trump's "Lying Ted" nickname for his opponent.

The aggressive tone was a shift for the El Paso Democrat, who's declined to air attack ads and largely avoids direct smears while campaigning. But recent polls have shown O'Rourke behind his Republican rival scant weeks before the election, and he faced media criticism for a sedate, relatively unmemorable performance in the first debate.

But it didn't take O'Rourke long to go on the offensive Tuesday night. His first jab came minutes into the debate after Cruz accused him of supporting a $10-a-barrel oil tax.

“It’s clear Congressman O’Rourke’s pollsters have told him to come out on the attack,” Cruz shot back.

In keeping with the debate's tougher new image, O'Rourke debuted a new television spot this morning that contrasts his call for universal healthcare with Cruz's willingness to force a 16-day government shutdown over Obamacare.
Despite O'Rourke's sharper presence, Cruz — who smirked and shook his head during much of O'Rourke's speaking time — also got in his share of body blows.


After O'Rourke called out the Senator for absences while he chased the 2016 Republican presidential nomination, Cruz blasted his opponent's tour of all 254 Texas counties as a publicity stunt.

"Congressman O'Rourke doesn't seem to understand that representing Texas is not doing a photo-op in each county in Texas with reporters in tow," he said. "It's actually standing up and fighting for the people of Texas."

Cruz also raised the specter of O'Rourke pushing for Trump's impeachment, saying his opponent was willing to unleash a “two years of a partisan circus” to get rid of the president.

But the new, more assertive O'Rourke was quick with a comeback.

“It’s really interesting to hear you talk about a partisan circus, after your last six years in the U.S. Senate,” he said, getting laughs from the audience.