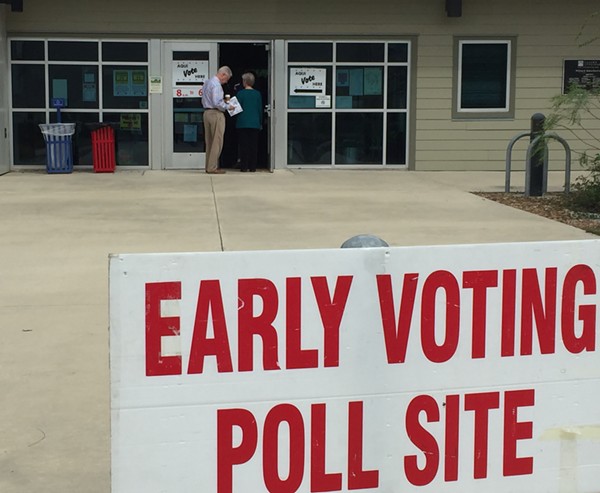 Early voting starts today for Texans. But according to a new study, a whole bunch of us just don't care.

Texas placed 41st in a new study ranking the 50 states plus the District of Columbia in order of political engagement. Not surprisingly, D.C. topped the list, curated by personal finance site WalletHub, while New Mexico came in last.

Texas scored near the bottom in several categories, including percentage of registered voters during the last presidential election (49th) and the percentage of the population that actually voted in that election (47th).

The state also fared poorly (38th) in voter-accessibility policies, which should come as little surprise.

Although Texas allows early voting, civil rights groups have called it out for failing to adopt policies such as automatic, online and same-day voter registration like other states. A recent study also raised concerns about how aggressively state officials have dropped voters from the rolls.