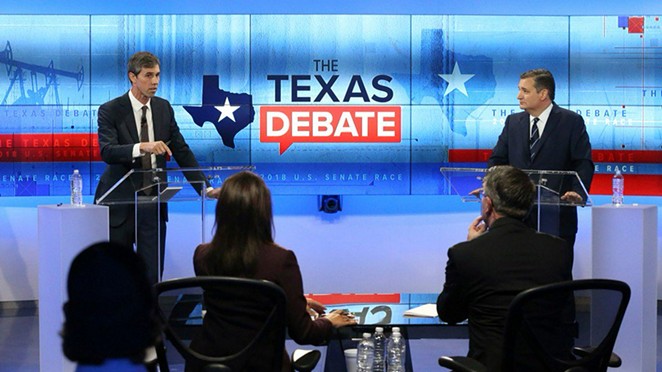 A September Ipsos poll showed O’Rourke beating Cruz by 2 percentage points among likely voters. Both surveys were conducted in conjunction with Reuters and the University of Virginia.

O'Rourke, an El Paso congressman, has run a surprisingly close race in a state where a Democrat hasn't won statewide office in 24 years. However, recent polls still show him trailing by single digits.

Earlier this month, a Quinnipiac University phone poll showed Cruz up by 9 points, and FiveThirtyEight.com's weighted average of polls gives the incumbent a 5.7 point advantage.