It's Election Day, San Antonio — Here's What You Need to Know if You Haven't Already Voted 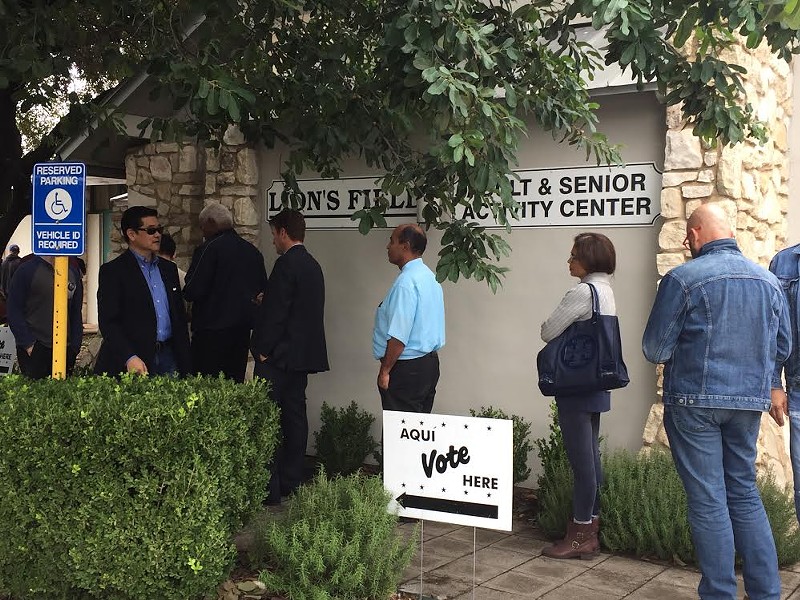 Bexar County residents who didn't take part in this election's record early voting have their shot at the polls today.

More than 380,000 Bexar voters cast ballots in the run-up to today's contest — a turnout rate of nearly 35 percent, or more than the total turnout for both the 2014 and 2010 midterms. Nationally, this cycle is among the most energized in decades, with many voters viewing it as a referendum on the divisive agenda of President Donald Trump.

Bexar residents will help decide the tight and widely watched race between incumbent Republican Sen. Ted Cruz and Democratic challenger U.S. Rep. Beto O'Rourke, which could help determine whether Democrats beat the odds and take control of the U.S. Senate.

In District 23, a swing district that includes part of Bexar County and a large swath of the U.S.-Mexico border, Democrat Gina Ortiz Jones is gunning to unseat Republican U.S. Rep. Will Hurd. Hurd is the first congressman in eight years to hold the seat for more than one term.

San Antonio residents will decide on three controversial charter amendments largely viewed as political payback by the city's fire union over failed contract talks. Those measures would make it easier for voters to put council decisions to a public referendum, limit future city managers' pay and tenure and give the union power to kick contract negotiations into binding arbitration.

Voters can check their registration status and locate their designated polling places via the county's election site. Polls are open until 7 p.m., and those in line at time can still cast ballots. Be sure to check out voter's guide for a more detailed rundown of the major races.