Yes, Beto Lost, but the Election Has Upsides for Texas Progressives 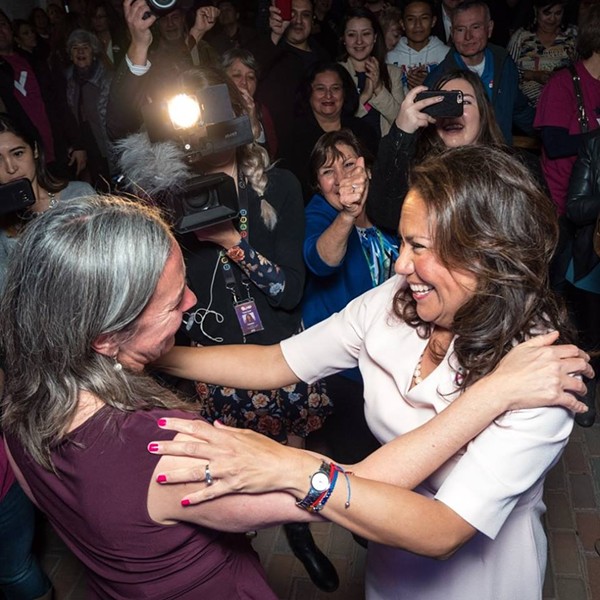 After years as outsiders in their own state, Texas progressives were thrilled by the prospect that Beto O'Rourke, an unabashedly liberal rockstar candidate, actually had a shot at a senate seat.

Of course, that didn't happen last night, and one only needs to take a look at social media to see how deflated the loss left many Lone Star lefties. Even so, the election has some causes for the progressives to celebrate — even if many were overshadowed by the media's coverage of the state's highest-profile race.

Texas got two new Democratic U.S. Reps. No, the state may not have a new senator named Beto, but Dems flipped two seats in the U.S. House, tossing out U.S. Rep. John Culberson, R-Houston, and U.S. Rep. Pete Sessions, R-Dallas. Those seats weren't looking vulnerable a couple years ago, but in both cases, incumbents were defending the type of suburban districts that have soured on Trump's GOP. The wins give Democrats 13 of the state's 23 congressional seats — a solid push toward the center.

Dems gained in the Texas House and Senate. Recently, the statehouse has been so Republican-skewed that it seemed like there was nothing but House Speaker Joe Straus standing in the way. While last night left both houses in Republican hands, Democrats finally gained some bargaining heft. Dems picked up 12 seats in the House, shifting the split there to 83-67 from an anemic 95-55. On the Senate side, challengers took two seats from GOP incumbents. That means Republicans still hold 19 Senate seats, which enough to bring legislation to the floor without any support from the other party. Still, the gains put Democrats closer to stripping the supermajority next cycle.

A record number of LGBTQ state lawmakers won races. Fourteen of the 35 openly LGBTQ candidates on Texas ballots were victorious last night. That more than doubles the size of the LGBTQ delegation, now the largest in the state's history. What's more, votes are still being tallied to see if Air Force vet Gina Ortiz Jones, running to represent District 23, won her bid to become the first LGBTQ person elected to represent Texas in the U.S. Congress.

Texas has its first two congressional Latinas. The victories of Democrats Sylvia Garcia and Veronica Escobar send Texas' first Latinas to congress. Not just the first in a while, but the first in the state's history — in other words, a big, big deal. Amping up the cause for celebration, Escobar, running for O'Rourke's former seat, and Garcia, a state senator running to replace retiring Democrat Gene Green, blew their Republican opponents out of the water. We're talking 75 percent of the vote in Garcia's case.

State Republicans won on much narrower margins. Sure, Gov. Greg Abbott put away his underfunded Democratic challenger, former Dallas County Sheriff Lupe Valdez, with 56 percent of the vote to her 43. But two other top Republican incumbents were in much tougher fights — actually trailing at times during last night's count. Lt. Gov. Dan Patrick beat his opponent by just 5 points, while Attorney General Ken Paxton squeaked past challenger Justin Nelson by 4. That's huge when you consider that in 2014 Abbott, Patrick and Paxton all handily won by more than 20 points.