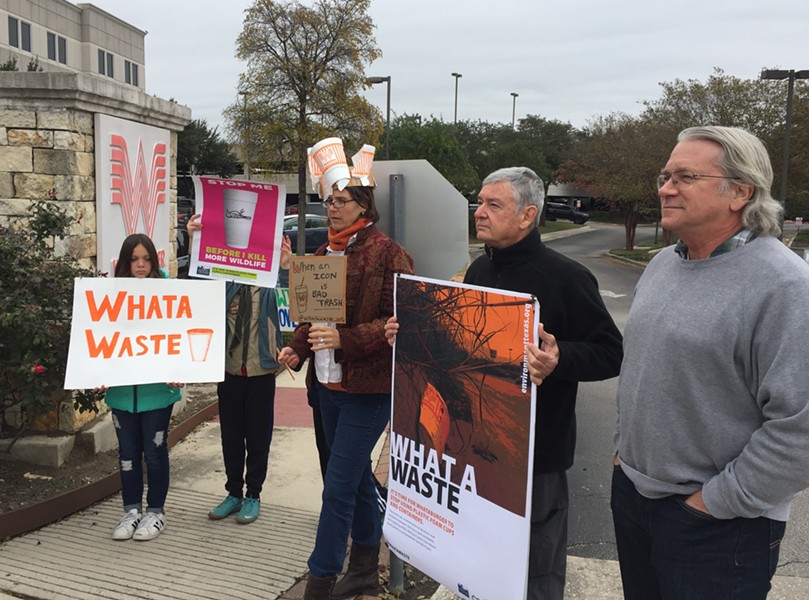 The Austin-based nonprofit started the signature drive this summer after asking Whataburger to find environmentally friendly alternatives for its drink cups. At the time, company officials agreed to meet with the activists, but the restaurant chain only last week committed to a date — Dec. 19.

Luke Metzger, Environment Texas' Executive director, said he hopes Whataburger follows the lead of McDonald's and Dunkin Donuts, which agreed to phase out polystyrene under pressure from consumers.

"Companies are very conscious of their brand and they're wanting to keep their customers happy," Metzger. "That's why we're hopefully going to see companies like Whataburger join the ranks of McDonald's and Dunkin Donuts and do the right thing here."

In a written statement, Whataburger's corporate communications staff said it values input from customers and urged them to dispose of cups properly.

"We continue to look at cup alternatives that keep drinks at the right temperature, but we have a lot to consider from a quality and supply perspective when meeting our customers' expectations," according to the statement.

About a third of the 70 million foam cups U.S. consumers use daily end up in the environment, where they put wildlife at risk by blocking their digestive tracts, according to Environment Texas. The state of Texas and its major cities also spend $96 million annually to clean up litter, including foam cups and containers.