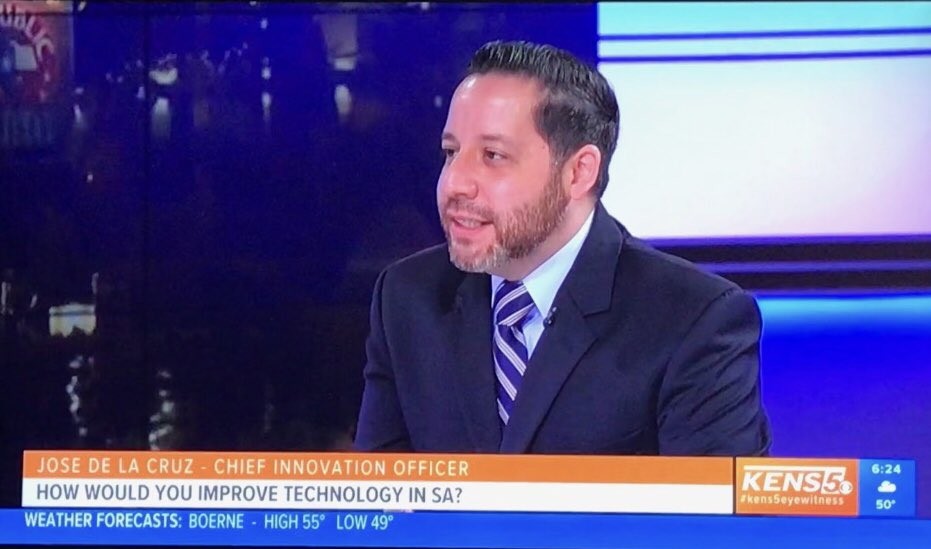 Jose De La Cruz — the City of San Antonio's first chief innovation officer and an architect of its program to harness new technology to improve services — has left to take a job at San Antonio Water System.

“We appreciate Jose’s service to the city and congratulate and wish him well in his new journey ahead,” Assistant City Manager Maria Villagomez said in a written statement confirming the departure.

The SmartSA program, which De La Cruz helped oversee, works to bolster city services via broadband Internet and data sharing. He also championed the creation of "innovation zones" for the city to test new applications before their broader implementation.

"Jose’s experience at both SAWS and the City uniquely qualify him for this new role," spokeswoman Anne Hayden said. "AMI will touch many areas both within SAWS and across the city, and will require thoughtful planning and a great deal of coordination to successfully implement the program.

De La Cruz worked for the city for the past six years, the last two-and-a-half as its chief innovation officer. San Antonio officials say they hope to locate a replacement by early next year.