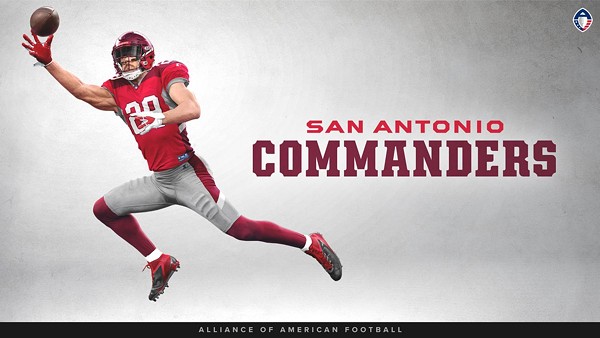 If you just can't wait for a look at the new uniforms of the San Antonio Commanders — the city's umpteenth non-NFL football franchise — you're in luck.

The Alliance of American Football has debuted the uniforms for all eight of its franchises via Twitter. Although the startup league already bandied about logos for the teams — including S.A.'s saber-and-Alamo emblem — this marks the first time it's given sports fans a peek at the whole set of gear.

The Commanders' helmets comes in two shades of red, a dark maroon and a lighter cherry red, according to the team's Twitter feed. Each will feature the team logo on one side and a player number on the other.

Spiffy, to be sure. But the question remains whether the AAF will make it for the long haul or whether the new uniforms are just a fancy coat of paint on a now-familiar phenomenon — a startup league that doesn't last.