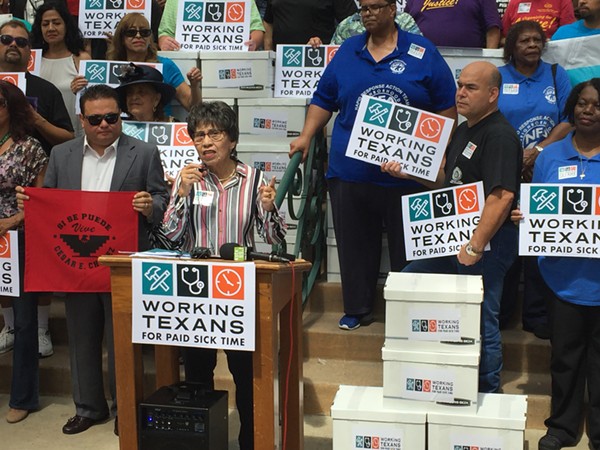 The North San Antonio Chamber of Commerce, along with eight other organizations representing local business owners, delivered a letter to the mayor and city council asking them to repeal the paid sick leave ordinance passed this summer on a 9-2 vote.

The groups said the Third Court of Appeals' recent reversal of Austin's similar ordinance proves that both violate the Texas constitution. However, the San Antonio rule hasn't yet been litigated, and legal experts don't expect the constitutional question to be settled until it reaches the Texas Supreme Court.

In a prepared statement, Nirenberg appeared unmoved by the groups' request.

"San Antonio's paid sick leave ordinance was brought forward by petition, and supporters gathered more than 140,000 signatures," Nirenberg said. "City council faced the choice of passing the ordinance or putting it on the ballot. The council's action preserved the flexibility to craft a San Antonio-specific policy before any business is required to comply."

Council approved the paid sick time ordinance after a successful signature drive by a phalanx of community activists and labor groups. Last month, Nirenberg assembled a committee to collect input for potential tweaks to the policy, which goes into effect in August 2019.

While the North Chamber and its coalition isn't likely to get much traction with council, it's a sure bet the group will next turn its sights to Austin. The Texas Legislature is likely to take up paid sick time in the upcoming session as GOP lawmakers seek to rein in Democrat-dominated cities' passage of local ordinances deemed business-unfriendly.