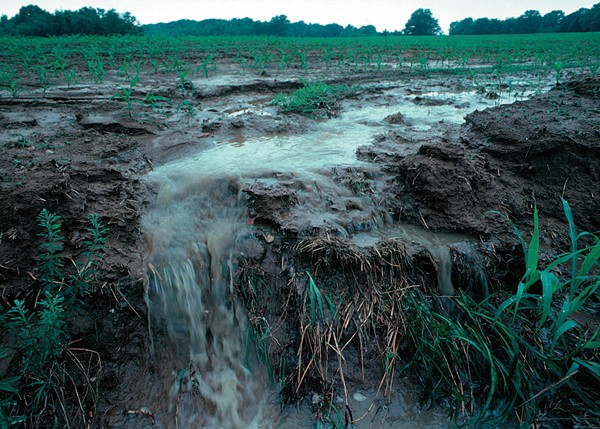 Its proposal would scale back the number of waterways that fall under EPA purview, leaving tributaries and intermittent streams essentially unregulated by the feds. The rule change would affect 143,000 miles of Texas streams and the 11.5 million people who rely on them for drinking water, according to Austin-based Environment Texas, citing federal numbers.

"Those tributaries are important because they carry water to the main streams, the rivers and the lakes where Texas cities get their drinking water," said Brian Zabcik, the environmental group's clean water advocate. "I'd characterize this as a way for the EPA to gut the Clean Water Act without actually going through the regulatory trouble of getting the Clean Water Act repealed."

According to the EPA's own numbers, up to 69 percent of Bexar County waterways would no longer be protected after the rules change.

Once again, the administration is putting lipstick on a pig to sell the rollback. Acting EPA chief Andrew Wheeler said it's intended to let states and landowners "manage their natural resources and grow local economies."

But the reality is agricultural groups have long complained about the EPA rules, which force farms to curb use of pesticides near streams and wetlands and better contain fecal runoff from animal feedlots. Agricultural waste is one of the key causes of water pollution in Texas, according to the state.

Under federal rules, the EPA will need to undertake a 60-day public comment period on the rule change, and it's a safe bet the administration will also face lawsuits over the rollback.