San Antonio Veteran Among Those Given Trip to D.C. as Part of Saudi Lobbying Scheme 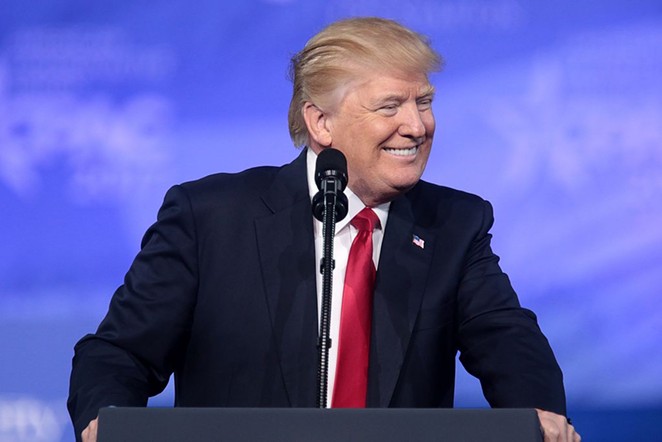 At least one San Antonio veteran had a walk-on role in a tale of political intrigue reported last week by the Washington Post.

Shortly after President Trump's election, lobbyists for the Saudi government reserved a large block of D.C.-area hotel rooms — including 500 in a Trump-owned property — to offer U.S. veterans free trips to Washington, according to the Post story. However, there was a catch: the vets were expected to go to Capitol Hill to lobby against a law the Saudis opposed.

One of the people pulled into the scheme was San Antonio's Henry Garcia, a Navy veteran.

“It made all the sense in the world, when we found out that the Saudis had paid for it,” Garcia told the Post. The trip's organizers never mentioned working for the Saudi government, he added.

Garcia told the paper he thought other vets organized the trips. But that theory fell apart when he saw the open bars, free dinners and other lavish perks included with the stay. Lobbyists spent more than $270,000 to house the vets at the Trump property, according to records obtained by the Post.

Garcia figured out who was footing the bill after one of the organizers mentioned a Saudi prince.

“I said, ‘Oh, we were just used to give Trump money,’” Garcia said.