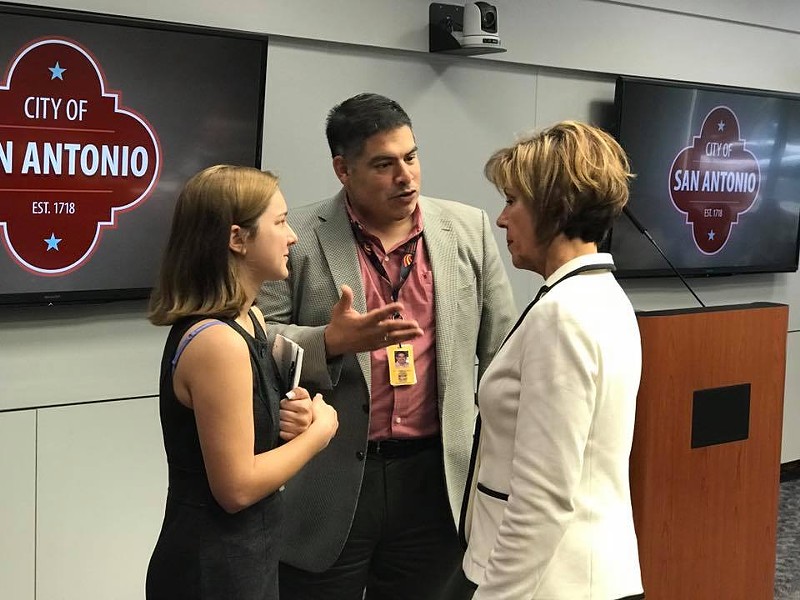 The City of San Antonio's latest contract with AT&T requires the telecom behemoth not to block lawful content or slow down connection speeds for internet service it provides to the city.

Sounds like a reasonable concession to include in a city contract, right?

But the contract reached earlier this week is a victory for San Antonio — and local Internet users to a considerably lesser degree. That's because the Federal Communications Commission rolled back provisions requiring telecoms to maintain a free and open internet — a concept commonly referred to as “net neutrality.”
The new contract doesn't mean S.A. residents who have AT&T service are guaranteed net neutrality, just that anyone surfing on the city's computers — whether in city hall or, say, a public library — or accessing its Wi-Fi won't have to worry about the company slowing down or blocking content it doesn’t like.

Councilman Manny Pelaez, who's led San Antonio's efforts to safeguard net neutrality, issued a news release praising the new pact. He added that it will "ensure no city funds are spend on services that do not uphold these open internet principles."

Texas cities have largely been on their own to sort out the absence of net neutrality rules since the Republican-controlled state legislature and business-cozy Attorney General Ken Paxton are unlikely to take up such matters.

The whole debate became necessary after FCC Chairman (and corporate shill and failed comedian) Ajit Pai this spring led a crusade to strike down the net neutrality principal the commission had previously defended.