On average, a person sleeps one-third of their lives away. San Antonians spend an equal amount of time sitting in their Hondas marinating in the hot bubbly broths of their own rage, occasionally taking it out on other road prisoners via passive-aggressive gestures and death glares out the side window. On the sunny (so, so sunny) side of things, this delightful routine is probably only going to get worse.

A study by the Puget Sound Regional Council earlier this month found that the number of "super-commuters" — those suffering through 90+ minute drives one-way — increased by slightly less than 80 percent in San Antonio from 2010 to 2017. 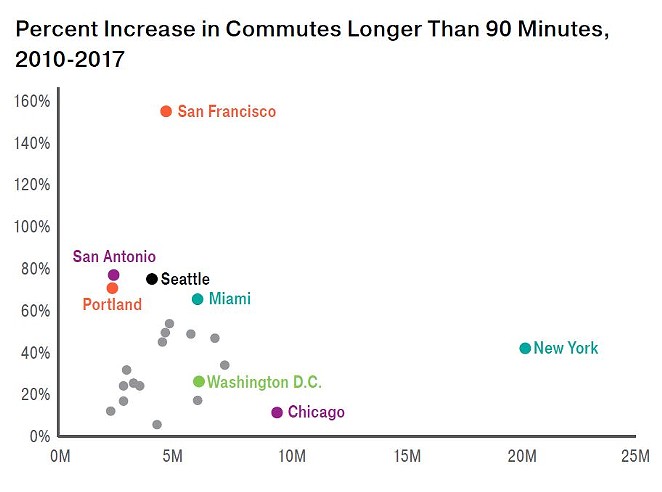 Though still a long shot from San Francisco's risen level of torture, S.A. took silver for this one. Yeehaw.

It's a little ironic, because according to the conclusion of the study, the reason for this surge of super commuters as well as increased commute times is 1) due the ways housing and jobs are distributed and 2) because drivers are trying to escape the traffic in their regions. So, pick your poison: Would you rather bitch at shitty locals on De Zavala for an hour and half while barely moving or spend three hours on the way to and from another city?

Either way, we'll all be progressively even more miserable together.