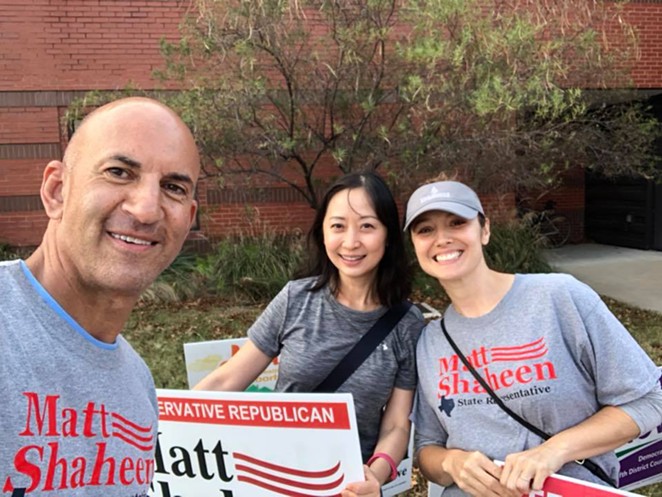 A Texas lawmaker is making another attempt to dismantle the program that gives investment rebates to film, TV and video game projects produced in the state.

Rep. Matt Shaheen, R-Plano, has filed a bill in the Texas legislature to strike down the Texas Moving Image Industry Incentive Program, according to a report by Austin's KXAN-TV.

Shaheen filed a similar bill last legislative session, calling the program a waste of taxpayer dollars. However, he was met with no success. In October, though, he pledged to try again, citing the "allegations of rampant sexual abuse" by film producer Harvey Weinstein and other Hollywood types.

The Moving Image Industry program has helped attract an estimated $1.4 billion in production spending to Texas, along with 153,000 production jobs between Sept. 1, 2007 and Aug. 31, 2017, according to the Texas Film Commission's website.

To qualify for a state rebate, 70 percent of a production's cast and crew must be Texas residents and 60 percent of total production days must be completed in the state.

While Austin and Dallas has been among the state's largest beneficiaries of movie industry work, San Antonio landed production work for films including Selena, Miss Congeniality and Spy Kids 1 and 2.

“The landscape over the last few years has been decent,” Mindy Raymond, communications director of the Texas Motion Picture Alliance, told KXAN.  “We feel that there could be a lot more [productions]. People want to come to Texas. We have some of the most diverse locations of any state.”