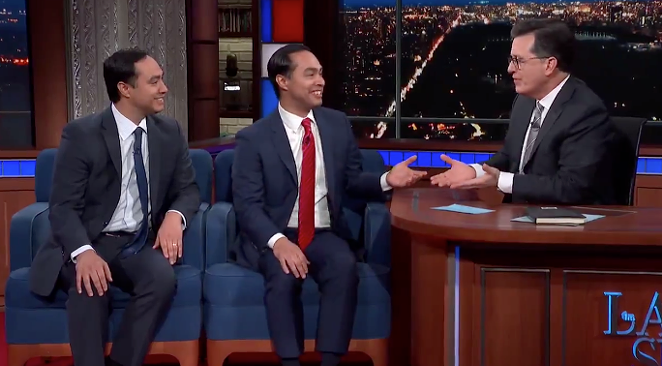 Apparently, Julián Castro wasn't kidding when he said he'd tell the world on Jan. 12 whether he's running for prez.

The former S.A. mayor and HUD secretary's press office sent out an email Wednesday morning requesting media RSVP for a 10 a.m. Jan. 12 event where he'll "announce his decision regarding a candidacy for president in 2020." The event location will follow, according to the email.

Such preparations tilt the odds further toward a run by the S.A. Democratic wonder twin. Because who'd request media RSVPs for announcement that his exploratory committee told him "no fucking way?"

Plus, Castro's gone down the laundry list of preparations for a presidential campaign — from hanging out in Iowa and corralling potential donors to releasing an autobiography and enjoying couch time with Stephen Colbert.

Pardon us, Julián, but this may be the easiest mystery to solve since Encyclopedia Brown cracked the Case of the Mysterious Handprints.