Add It Up: San Antonio's Not in the Top Half of Big Cities in Science and Tech Jobs 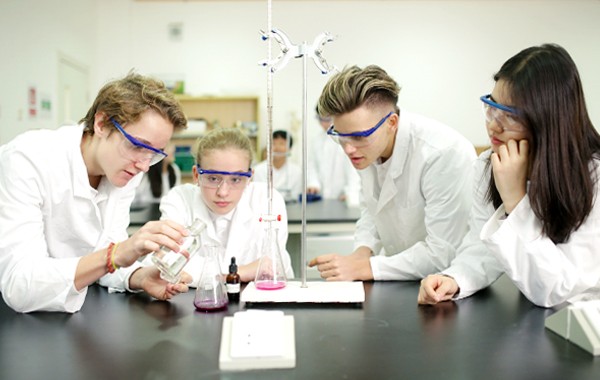 The Alamo City likes to think of itself as a burgeoning tech and science hotspot, but looks like it's still got serious ground to cover.

San Antonio falls in the bottom half of the 100 biggest U.S. cities ranked by job opportunities for people working in science, technology, engineering and math (or STEM) fields, according to a new study. To be more precise — since we are talking about math here — the city ranks 52nd.

Financial site WalletHub compared the metros using data including per-capita job openings for STEM grads, wage growth for STEM jobs and demand for STEM workers. SA ranked close to the middle in its friendliness to STEM industries and quality of life but only 60th when it came to professional opportunities.

While the city is a star in the world of cybersecurity, much of its tech sector is still emerging, and it lacks a major research hub. (Sorry, UTSA, you're not quite there yet.)

Not surprisingly, San Antonio lagged Texas' three other largest cities — Austin (No. 4), Houston (No. 33) and Dallas (No. 38). That puts the Alamo City in the company of Grand Rapids, Michigan, which ranked 51st, and Baltimore, which ranked 53rd.

According to the latest U.S. Bureau of Labor Statistics, STEM professions grew at more than twice the rate of non-STEM jobs between 2009 and 2015, meaning they're coveted by economic development directors. The jobs also tend to have higher salaries and more stability than non-STEM positions.