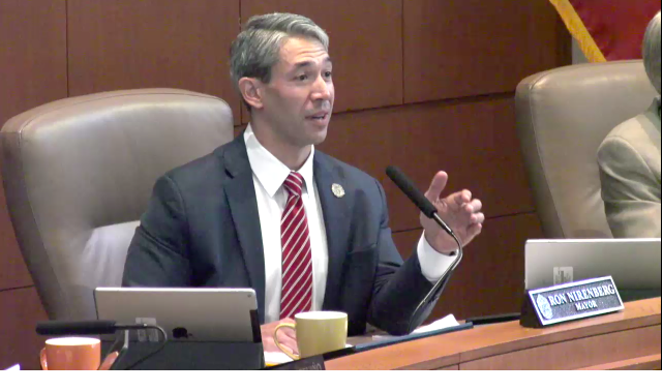 And then there were eight.

Officials identified the candidates as:
Only 12 of the 31 original applicants met the qualifications listed on the job solicitation, according to city spokeswoman Thea Setterbo.

Council will interview the candidates Monday and Tuesday, then call back finalists for another round of interviews Wednesday. Mayor Ron Nirenberg has said he hopes to have a new manager in place by the end of January.

Sculley, San Antonio's longest-serving city manager, announced plans to retire after voters in November approved a charter amendment floated by the city's fire union to limit pay and tenure for future holders of her position. Sculley made enemies with the union over a prolonged contract fight but also became a target of public scorn over her expanding power and salary.

Under the union's charter amendment, San Antonio's new manager will be limited to eight years of service and a top salary of 10 times the lowest-paid city worker — or around $312,000.

Political observers warned that the new limits would hurt San Antonio's ability to recruit top outside contenders to fill Sculley's position. While it's hard to know for sure without reviewing all 31 applications, the heavy presence of current city employees among the finalists hints that prophecy is playing out.