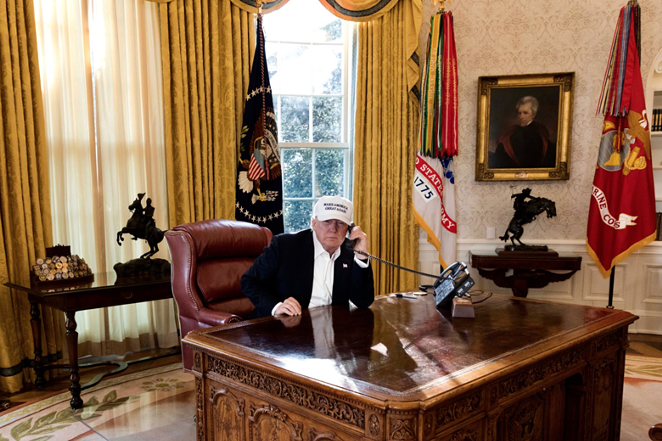 Four workers in Texas and West Virginia, who are being forced to continue working their "essential" federal jobs without paychecks due to the government shutdown, have sued the Trump Administration, comparing their situation to slavery.

The plaintiffs argue that they face discipline or termination if they don't show up and work for free — which essentially amounts to involuntary servitude, banned by the U.S. Constitution's 13th Amendment.

“Our plaintiffs find themselves in the exact same boat as virtually every other furloughed federal employee: bills to pay and no income to pay them,” the workers’ attorney, Michael Kator, told the Washington Post via email. “As this drags on, their situation will become more and more dire.”

The suit doesn't identify the workers by name and city, except to say they work for the Justice, Agriculture and Transportation departments. One serves as an air traffic controller.

Legal experts quoted in the Post warned that the employees face an uphill battle since courts have historically used a narrow definition of the 13th Amendment when deciding cases.

Meanwhile, the shutdown — which President Trump has proudly owned — has extended into its 24th day.