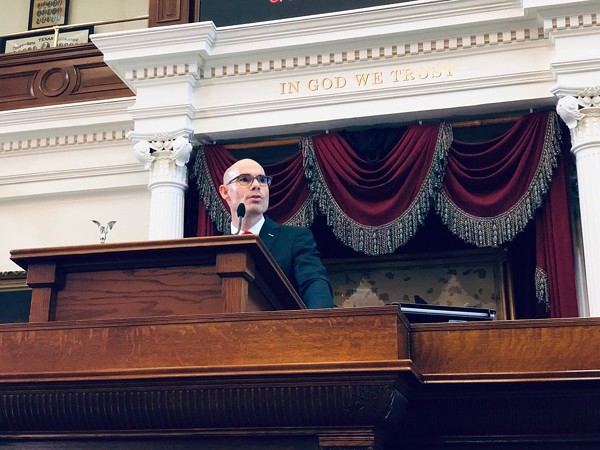 But if you believe the lege will actually open up new revenue streams — i.e. raise taxes — to make that happen, maybe we could interest you in some nice beachfront property in Midland.

For all the talk about boosting money for public education, the Republican-controlled legislature is unlikely to line up new funding sources, warns Southern Methodist University political scientist Cal Jillson. Instead, the GOP’s longstanding aversion to taxes means legislators will be forced to shuffle around money already in the state’s ultra-tight budget.

“The current Republican majority is unwilling to find new sources of revenue, so they’re stymied,” Jillson said. “At this point, all they can really do is rearrange the deck chairs.”

On a per-student basis, Texas spends 85 percent of the national average on public education, which doesn’t exactly give lawmakers much cash to play with.

And, critics charge, we get what we pay for. Texas now ranks 46th in the nation in fourth-grade National Assessment of Educational Progress reading proficiency, according to a recent Washington Post report.

Despite the budgetary constraints, some lawmakers remain optimistic that the energy to reform will carry the day. Democrats gained 12 House seats and two Senate seats in the November election, signaling voters’ exasperation with the Republican-led status quo.

“I’d like to think that everyone, at a minimum, heard loud and clear from the voters of Texas that they want us to concentrate on the issues that matter — things like education,” said State Rep. Diego Bernal, D-San Antonio.

And the urgency is being felt on the other side of the aisle as well. Gov. Greg Abbott and new House Speaker Dennis Bonnen, both Republicans, have prioritized education reform. On his first day, Bonnen urged unity, telling representatives “you will be reminded every day of our goal.”

However, he warned that lawmakers should avoid the urge for a quick fix. Voters are savvy enough to see through tricks such as a one-time teacher raise or short-term funding increase.

“It would be dangerous for our newly elected speaker to say this is a priority and then devise something that’s only cosmetic,” he said. “The funding for this can’t be one-time. It has to be ongoing.”

Complicating matters, lawmakers are also under pressure to rein in property taxes — the primary funding source for Texas’ public schools. Abbott has proposed that local property tax revenue growth be capped at a meager 2.5 percent per year.

Meanwhile, the state’s share of public education funding has slipped from 50 percent in 2006 to around 36 percent today, forcing municipalities to continue escalating property tax rates to keep pace with school enrollments.

“The state bears a tremendous amount of blame on both issues,” said Bernal, who says lawmakers will need to balance finding more money for education while reining in property taxes. “It’s the state’s divestiture of duty that got us where we are today.”

Whatever the final outcome, SMU’s Jillson remains skeptical that lawmakers can turn around the state’s education system without new sources of revenue. The lege, he points out, will also need to fund ongoing recovery from Hurricane Harvey.

While federal funds have so far covered much of the cleanup, Texas will be on the hook for up to another $2 billion, according to a recent report by the Senate’s budget panel.

“It’s just implausible to argue that if we spend more wisely that we can get bang for our buck that other states are unable to get,” Jillson said. “Those states are also trying hard to get the most for their money.”