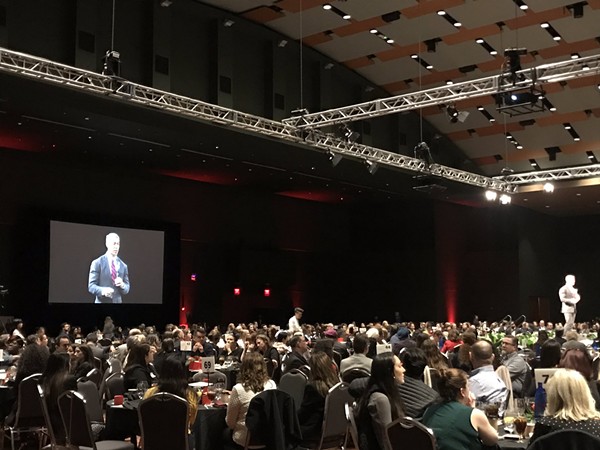 San Antonio appears likely to hit just 36 percent of the goals set by the SA2020 initiative launched by former mayor (and Democratic presidential aspirant) Julián Castro to foster a more prosperous city by 2020.

SA met or exceeded 20 percent of the goals originally identified in a series of community workshops, and it's on track to hit another 16 percent, according to the annual progress report issued Tuesday by the nonprofit SA2020. However, the city isn't moving quickly enough to achieve 34 percent its total goals by the 2020 target date, and an additional 30 percent are flat or getting worse.

The report follows 61 indicators, from boosting employment in creative industries to improving college enrollment. It splits those into 11 broad categories, such as civic engagement, neighborhoods and health.

"Change doesn’t come without understanding how policies and services have historically neglected low-income communities and communities of color," the report states. "In order to affect change, San Antonio must take collective responsibility for advancing community results."

The report also cautioned against "merely gauging 'up' or 'down' movement" based on the indicators, adding that the bigger story is the community's collective progress.

The latest stats do show some cause for celebration. Among others, arts attendance, high school graduation rates and renewable energy usage all rated as "meeting or exceeding goals."

Even so, other significant metrics such as affordable housing and philanthropic giving were among those that stayed flat or backtracked. And some categories, including community safety and education, had multiple indicators showing no progress or backward slips. The category with the worst showing, though, was transportation, where the city only held steady on one goal — an increase in completed streets. Meanwhile, it was flat or worse on decreasing vehicle miles traveled, cutting commute times, increasing alternative transit and reducing traffic fatalities.

The bad news on that front comes as Mayor Ron Nirenberg and Bexar County Judge Nelson Wolff bring ConnectSA, a newly unveiled multimodal transportation plan to the community for input — and look to build support for a public referendum.