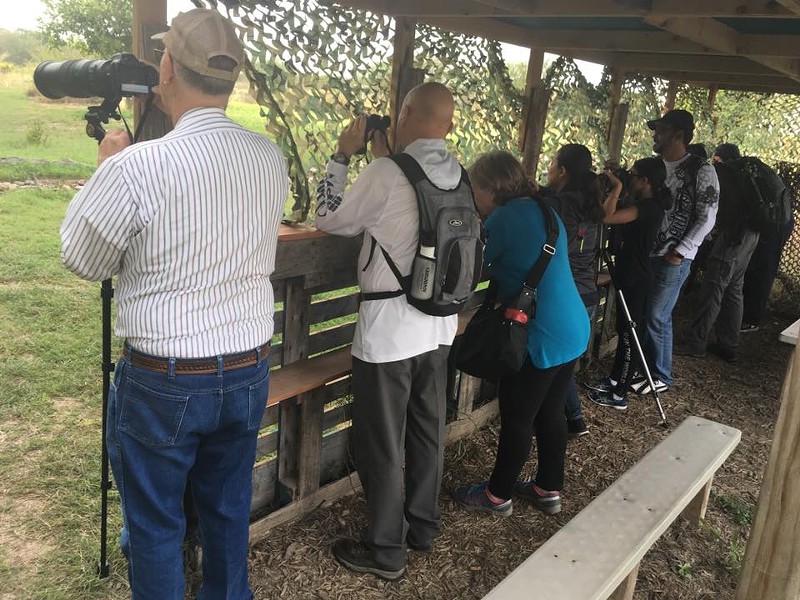 The Current has written lots about the environmental damage President Trump's pinche border wall could wreak on South Texas. Among other things, there's the damage to the Rio Grande River, the harm to wildlife habitats and potentially catastrophic flooding.

Now, new reporting from news service UPI puts a dollar figure on what that destruction will mean for border economies. And it's not pretty.

Ecotourism, including bird-watching and visits to state parks, is a $463 million-a-year industry for economically depressed South Texas, according to UPI research. What's more, about 6,000 jobs depend on nature tourism in the region, according to a 2011 Texas A&M University study.

And some of the predicted environmental damage will happen whether or not Trump can threaten and cajole Congress enough to write a him a multi-billion-dollar check.

In mid-February, crews are set to bulldoze 150-foot-wide stretch of land to build 33 miles of wall in Texas' Hidalgo and Starr counties. That work is already funded. Plus, the U.S. government has cast aside 28 environmental protection laws by invoking a rule that gives Homeland Security the right to suspend laws to build border barriers.

In most immediate jeopardy from planned work in Hidalgo and Starr are the National Butterfly Center and several state and county parks.

Bentsen State Park alone, which would have its trail system separated from its visitor center by that new stretch of wall, attracts 45,000 people a year, according to one study. Its out-of-town visitors alone contribute more than $835,000 annually to the local economy.

And with incomes in the two counties some of the lowest in Texas, the environmental degradation is likely to have a real impact on the lives and livelihoods of those who depend on it to get by.