ICYMI, Bill Maher Made Another Racist 'Joke' – This Time Against Rep. Will Hurd 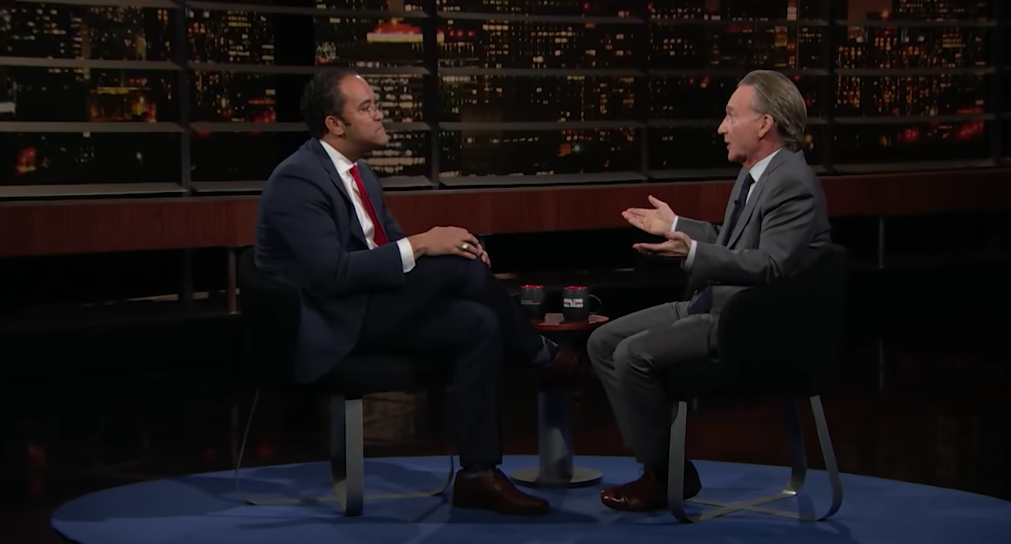 Comedian Bill Maher once again went racist for a cheap laugh, asking U.S. Rep. Will Hurd, who's black, if he collected intel near Popeye's Chicken when he was in the CIA.

While appearing on Maher's Real Time with Bill Maher Friday, Hurd was subject to the supposed comedian's ignorance. First, Maher pressed Hurd, whose district includes San Antonio, on why he was a Republican.

"They're not good at national defense — the president's a traitor," Maher said. "What's in it for you? What is in the Republican Party for you? You were in the CIA!"

This led to Hurd, currently the only black Republican in the U.S. House, to share some insight on his nine years working in the agency.

"I was the dude in the back alleys at 4 o'clock in the morning collecting intelligence," Hurd explained.

"That's where they collect them? By the Popeye's Chicken?" Maher responded.

Here's a video of that conversation in case you want to cringe some more.
Hurd, who has a black father and white mother, seemed to brush off Maher's racist remark, which plays on the stereotype that black people like fried chicken. Twitter users — regular citizens and politicians alike — however, were bothered by Maher's quip.

He did it again, folks. How long is @HBO going to be cool with a guy being unabashedly racist on their network under the guise of just being outrageous? https://t.co/PwlmLlG8Pf

Ayo, for real. Fuck @billmaher. Will Hurd is a better man than me, 'cause if dude had belittled my years in the CIA by making a Popeye's Chicken joke, he woulda got slapped.

In a fairly heated exchange, with Maher pressing Rep. Hurd as to why he's a Republican, Maher suggests Hurd of gathering intelligence in the alley by the Popeyes Chicken.

(We already knew this about Bill Maher.) https://t.co/MybtL1bafI

Bill Maher insults black CIA vet by suggesting he picked up tips "behind the Popeye's Chicken" same day as Ralph Northam admits he submitted racist af blackface Klan photo to yearbook - it's almost like this is all a game to them.

Online criticism comes after Maher used the n-word during his show in 2017. He later apologized, thought he hasn't done so this time. While speaking to reporters on Tuesday, Hurd said he initially didn't understand Maher's joke, but in hindsight called it "stupid."