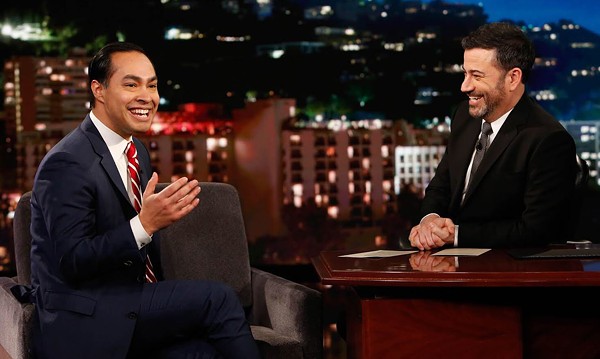 "No, no," the Democrat replied. "I've been there and done that last time."

We presume that's a reference to the the 2016 presidential election, where Castro was reported to be among Hillary Clinton's considered running mates.

Two other takeaways from Castro's appearance on Kimmel:

2. Kimmel's voiceover guy needs to learn how to pronounce Spanish names. During the show opener, he referred to Castro as "Julian," as in Julian Lennon or Julian Edelman. C'mon, man, didn't that "á" in his name clue you in to ask Guillermo or someone else on staff for a quick pronunciation lesson?