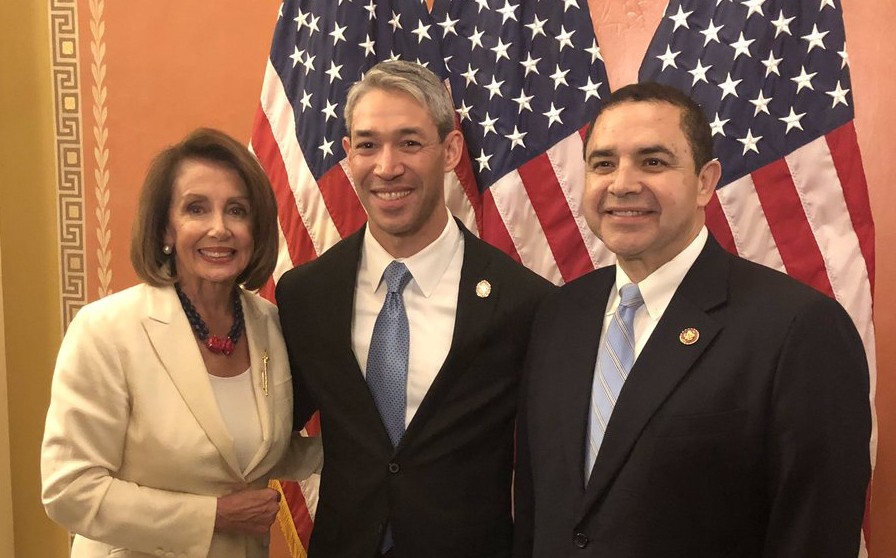 If didn't take long for San Antonio's congressional delegation — some of it, anyway — to react to President Trump's I'm-for-unity-but-those-other-guys-are-wrecking-the-country State of the Union address.

Despite a brief attempt at striking a bipartisan tone, the President instead painted a picture of division, chaos, and false narratives. Full statement on #SOTU ➡️ https://t.co/B9jU1FBay1 #OurHispanicSOTU pic.twitter.com/DNH4vN2ZCf

Rep. Lloyd Doggett, also a Democrat, was equally cutting. He decried the president for making a "phony border crisis" the centerpiece of his address.

The centerpiece of this speech was fear about a phony border crisis.

It is less important how Trump reads a telemprompter one night of the year than the other 364 days of Twitter-fueled mayhem that threaten our union. #SOTU

Meanwhile, freshman Republican Chip Roy offered up no take of his own. He did, however, retweet Liz Cheney's finger wagging at Democrats for not clapping enough for the prez.

This was demonstrably and troublingly true. https://t.co/Dd2LFeoMRx

Republican Rep. Will Hurd, who's sometimes called out Trump for his draconian immigration policies, didn't tweet about the speech, nor did his press office release a reaction statement.

Rep. Henry Cuellar, a Democrat, only tweeted a photo of himself with his guest for the event, San Antonio Mayor Ron Nirenberg. (Although the inclusion of Trump nemesis House Speaker Nancy Pelosi in the shot may provide a hint where the middle-of-the-road Cuellar actually stands.)

It was a pleasure to have the San Antonio Mayor @Ron_Nirenberg as my guest tonight for the #SOTU. Mayor Nirenberg has been a dedicated public servant and I thank him for joining me at this annual address. pic.twitter.com/2Tkg6RFYrk

Indeed, in a subsequent Business Insider interview, Cuellar offered Trump no gold star for his attempt at bipartisanship.

"He kept saying 'dangerous, dangerous.' If you look at all the FBI statistics, the border is a lot safer," Cuellar said. "In fact, my hometown of Laredo is about four or five times safer than Washington, DC. But again, the president is playing to his base."