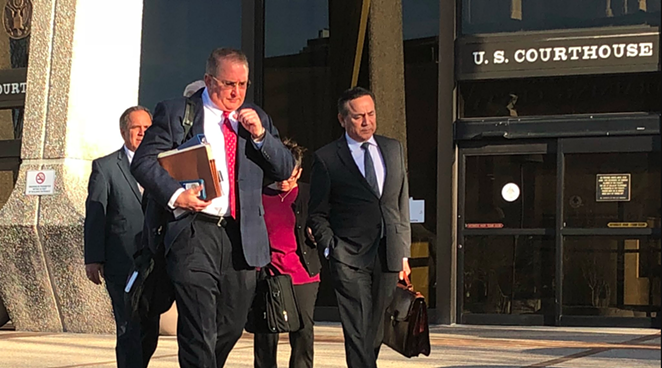 Former state Sen. Carlos Uresti has been sentenced to five years in prison on bribery charges in relation to his role in the FourWinds Ponzi scheme.

Uresti, who was found guilty of fraud in February 2018, will serve his five-year prison sentence concurrently with a 12-year sentence he received a year ago.

In October, Uresti pleaded guilty to working as a consultant for a company that provided medical services to inmates. The contract was contingent on a secured deal with the Federal Bureau of Prisons. Prosecutors claim that Uresti was compensated with monthly payments of $10,000.

According to a KSAT report, prosecutors said Uresti gave a "heartfelt" statement in the courtroom, detailing his dream of being a public servant that ended up capitalizing on his position as state senator.

"I betrayed my family, my constituents and the victims," he said.

As part of the sentencing, Uresti was ordered to report and begin his sentence within seven days. He has not served any time since his first sentencing a year ago.