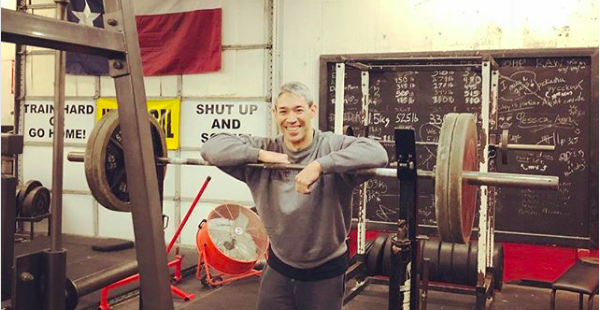 “Mayor Nirenberg has an incredible wealth of knowledge on health and fitness," Becic writes. "He is strong, fit and determined — so I’m nicknaming him the ‘Gladiator Mayor.'”

The site even includes a Q&A with our bench-pressing mayor, in which he discusses his weight (right under 200 pounds, for those keeping track), nutrition ("if it’s in a package, don’t eat it") and his belief that body and mind wellness are connected. Oh yeah, he also mentions the city's Robert Wood Johnson Foundation award for promoting health equity.

"That is really wise and I couldn’t say it better myself," Becic gushes at end of the interview. "Thank you, Mayor Nirenberg, you rock!" (We can almost picture the corresponding fist bump.)

But before anyone assumes Nirenberg was the only Texas mayor to get that kind of fanboy treatment from the fitness guru, two others from the Lone Star State also made the list.

Houston's Sylvester Turner, an avid cyclist, got a nod for a pledge to increase his city's number of bike lanes from 220 to as many as 1,500. And Dan Pope of Lubbock was recognized for being a corporate-wellness advocate and the creator of the Lubbock Marathon.