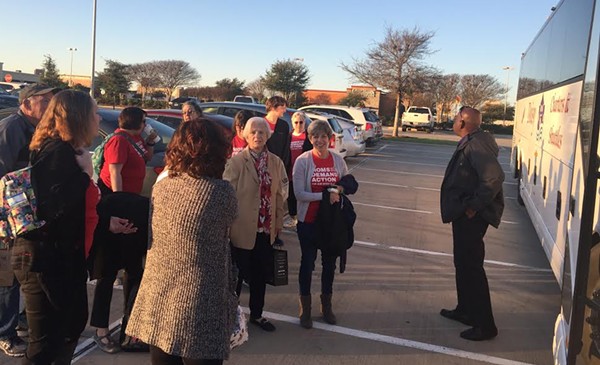 Hundreds of parents, students and survivors of gun violence converged in Austin today to lobby the Texas Legislature for stricter gun laws.

Buses leaving from San Antonio and other big Texas cities carried members of the group Moms Demand Action for Gun Sense in America and others to a rally at the state capitol, followed by visits to individual lawmakers.

"The first legislative session we did this, it was probably 25 people, and the next session it was about 200 people," said Danna Halff, a San Antonio volunteer with Moms Demand Action. "This time, it will be 400 to 500. ... Education is driving more people to get active and find their voice on this issue."

One of Moms Demand Action's top priorities is passage of a so-called red flag law that would allow families and law enforcement to temporarily confiscate a person's firearm if there are signs they may become violent or suicidal. The group also opposes any new effort to arm classroom teachers or to allow gun owners to pack heat without a permit.

"Thirteen states have passed red flag laws, including states with Republican governors, like Florida," Halff said. "We won't stop asking for one in Texas."