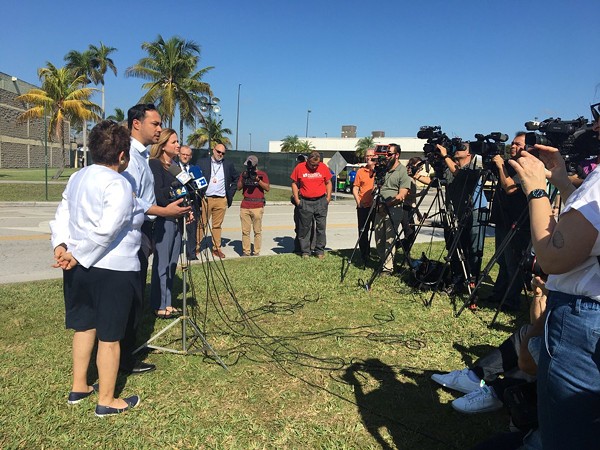 At least two members of San Antonio's congressional delegation have fingerprints on the House resolution introduced today to block President Donald Trump's use of emergency powers to expedite his border wall.

Rep. Joaquin Castro authored the resolution and appeared on a press call this morning with House Speaker Nancy Pelosi to announce its filing. Rep. Henry Cueller will appear at a press conference in Laredo this afternoon with both Pelosi and Pete Saenz, the border city's mayor.

“This is a historic power grab, and it will require historic unity by members of Congress, Republican and Democrat, liberal and conservative, to counteract the president’s parasitic movement,” Castro said on the conference call this morning.

Both Castro and Cuellar are Democrats.

The Democratic-controlled House looks all but sure to pass Castro's "resolution of disapproval" as early as a scheduled vote on Tuesday. With Pelosi's support, Castro — chairman of the Congressional Hispanic Caucus — has lined up more than 220 House co-sponsors, San Antonio-Austin Democrat Lloyd Doggett among them.

Trump's emergency declaration is an attempt to bypass Congress to obtain funding for his campaign promise of building a wall along the U.S.-Mexico border.

Still, it's unclear what may happen in the Republican-controlled Senate, where some GOP lawmakers have voiced opposition to Trump's use of emergency powers, but few have shown an appetite to actually standing up to the president.