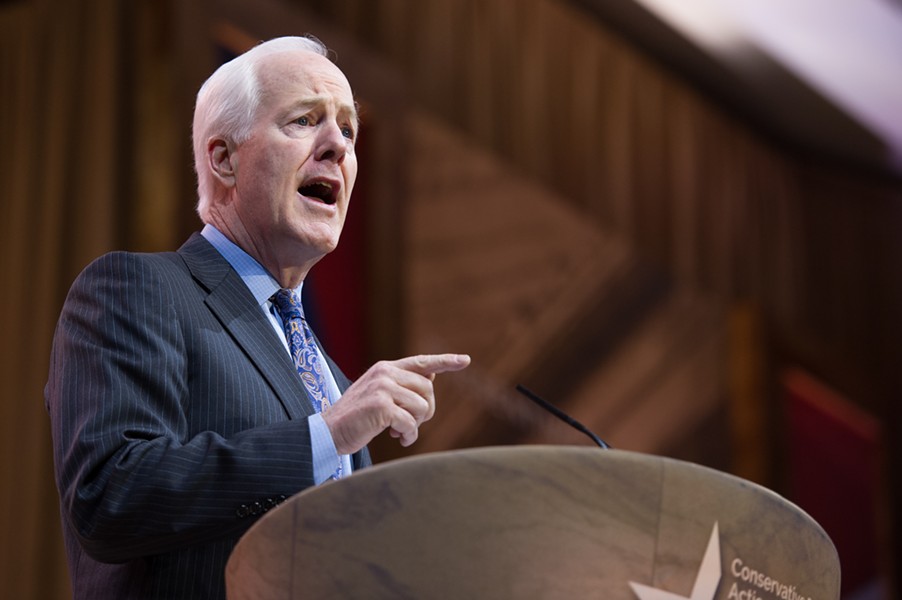 “We were the first to assert that the more complicated the forms assumed by civilization, the more restricted the freedom of the individual must become.” Benito Mussolini

For historical context, Mussolini was the founder and leader of the Italian fascist movement. After seizing power via a coup in 1922, his 20-year undemocratic reign was seen as a model for Adolf Hitler in Germany and was marred with state-endorsed extrajudicial violence and imprisonments of political rivals.


Needless to say, normal people did not take kindly to a sitting U.S. Senator tweeting a quote from a fascist dictator. Thus far, the not-yet-deleted tweet has more than 14,000 replies.

Mussolini was one of the key creators of fascism, which Hitler adapted. The Italian dictator passed abhorrent anti-race laws & tried to create a totalitarian state. https://t.co/p54DyO18vc The US & our Allies defeated the Axis powers (Italy, Germany & Japan) in WWII at great cost https://t.co/gA1Bei8QPw

Senator Cornyn either doesn’t know who Mussolini is or is outing himself as a fascist sympathizer. Both are bad looks https://t.co/y2o1JIY0LI

The thing with twitter is that it's dangerous to use a quote ironically or slyly, as I think Cornyn is trying to do here. Opens yourself up to misinterpretation. https://t.co/UOV2mwSevf

In a follow-up tweet, Cornyn doubled down and tried to explain the quote.

You nailed it, Bud. Since so-called Democratic Socialists have forgotten or never learned the lessons of history, and how their ideology is incompatible with freedom, I guess we have to remind or teach them. https://t.co/ftzal1DMED

As you can see, he was simply quoting Mussolini to take a maligned potshot at democratic socialism. It’s still unclear if Cornyn incorrectly believes Mussolini was a socialist, seeing as that would fit with the right-wing assertion that all the Bad People in history are socialists, or he is heralding Mussolini’s quote, who is one of history’s biggest liars, as a warning against the dangers of socialism.


Demonstrating his inability to read the room, Cornyn decided to follow-up again and insult the intelligence of his audience. This is definitely not something you do when you are losing an argument.

Did I over estimate the intelligence of some in the twitter sphere? https://t.co/Cf8nUY3NUO

Cornyn was still on the back pedal Monday morning and decided to add some more context by claiming the quote was pulled from “The Road to Serfdom” by Austrian economist Friedrich Hayek.


Last week, President Donald Trump endorsed Cornyn, who is running for reelection in 2020. Trump also has a history with Twitter and quotes from Il Duce.

"@ilduce2016: “It is better to live one day as a lion than 100 years as a sheep.” – @realDonaldTrump #MakeAmericaGreatAgain"

If there is a lesson here, it is that you should never tweet. If you must though, definitely don’t tweet out-of-context quotes from fascists.