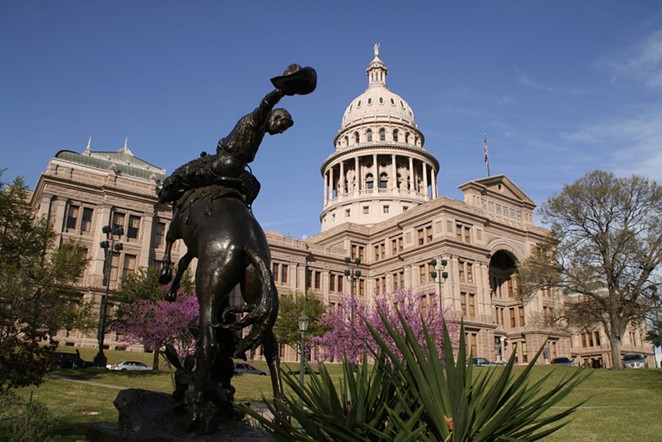 The State Affairs Committee of the Texas Senate on Thursday voted 5-1 to move forward legislation that LGBTQ-rights advocates warn would gut nondiscrimination ordinances such as the one San Antonio adopted in 2013.

SB 15 also would override local control of paid leave policies. That too would effect the Alamo City, since council last year approved an ordinance requiring businesses to offer paid sick time to workers.

While the original version of SB 15 included language saying the state couldn't override local ordinances that ban anti-LGBTQ discrimination, the last-minute substitute bill passed by the committee struck down that exemption.

“SB 15 is a wholly unacceptable bill on its face, but the Senate State Affairs Committee has made it into an even more harmful proposition by removing specific language that would ensure that existing non-discrimination ordinances in some of Texas’ most populated cities are not undercut or eliminated,” Human Rights Campaign Texas Director Rebecca Marques said in a press statement.

“In the last legislative session, the eyes of the nation turned upon Texas while it considered harmful, discriminatory anti-LGBTQ legislation," she continued. "Our lawmakers should not repeat that mistake in 2019.”

In addition to San Antonio, Dallas, Fort Worth, Plano, Austin and El Paso have adopted ordinances barring anti-LGBT discrimination. Together, the six cities account for 20 percent of the state’s population, according to LGBTQ-rights group Equality Texas.

Before the current legislative session, Lt. Gov. Dan Patrick — champion of last session's divisive anti-transgender bathroom bill — said he had no plans to restart a fight over that legislation. But Equality Texas officials said Patrick, who presides over the Senate, has adopted a new anti-LGBTQ strategy.

“Dan Patrick’s fingerprints are all over this stealth attack," Equality Texas Interim Director Samantha Smoot said in a press statement. “The new language would leave nearly six million Texans currently protected by non-discrimination ordinances vulnerable. LGBTQ Texans and allies fought hard for these protections and we intend to fight to keep them intact."