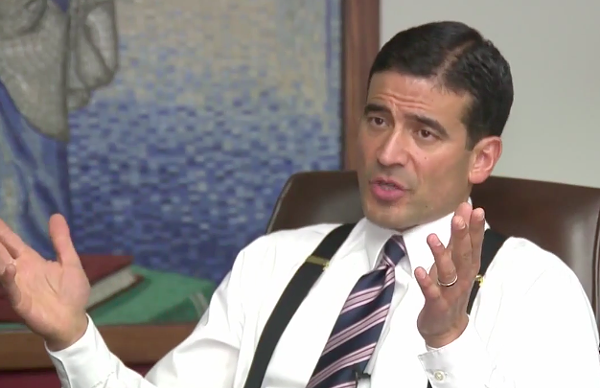 A grievance committee with the State Bar of Texas has found that former Bexar County District Attorney Nico LaHood committed professional misconduct when he threatened two defense attorneys in a judge's chambers.

As part of the ruling, LaHood will be on probation with the state bar for a year and he was ordered to pay almost $10,000 in attorney's fees and expenses, according to a report from the Express-News.

The incident took place about two years ago during a murder trial. Judge Lori  Valenzuela testified that she heard LaHood threaten to "destroy" and shut down the legal practices of Joe Gonzales and Christian Henricksen.

LaHood has denied that he ever threatened the two attorneys.

Valenzuela considered the threat a form of official oppression, a Class A misdemeanor. The grievance committee ruled that LaHood "used means that had no substantial purpose other than to embarrass, delay or burden a third person."

LaHood's threat inspired Gonzales to go after the DA position during the November elections. Gonzales defeated LaHood in the primary and secured the seat in November 2018. He took office in January.