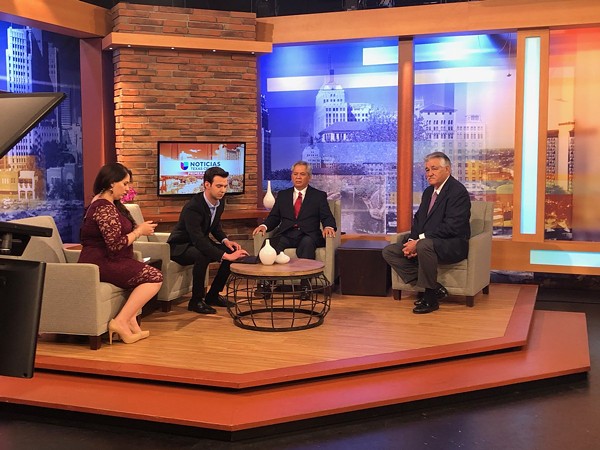 The House Democratic Campaign Committee has provided fundraising, polling and mailing help to Ray Lopez, a former SA councilman, the Texas Tribune reports. Meanwhile, Republican opponent Fred Rangel, a local businessman, has pulled endorsement from GOP heavyweights like Gov. Greg Abbott. Beyond the HDCC help, though, the Texas Democratic Party has pumped a few thousand bucks into digital ads for Lopez and helped his campaign with voter targeting and digital outreach, according the Tribune. The party even dispatched staff to the district, which includes West and Northwest San Antonio.

With the endorsement of high-ranking GOP officials, Republican Pete Flores cut the legs from under Democrat Pete Gallego in a major upset. Adding insult to injury, the loss enabled the GOP to hold its Senate supermajority even after losing two seats in November.

"For us at the [House Democratic Campaign Committee], the most important thing was to not allow what happened in SD-19 to happen in HD-125," Committee Chairman Cesar Blanco told the Tribune. "We wanted to make sure that right out of the gate, going into the runoff, there was a unified message."