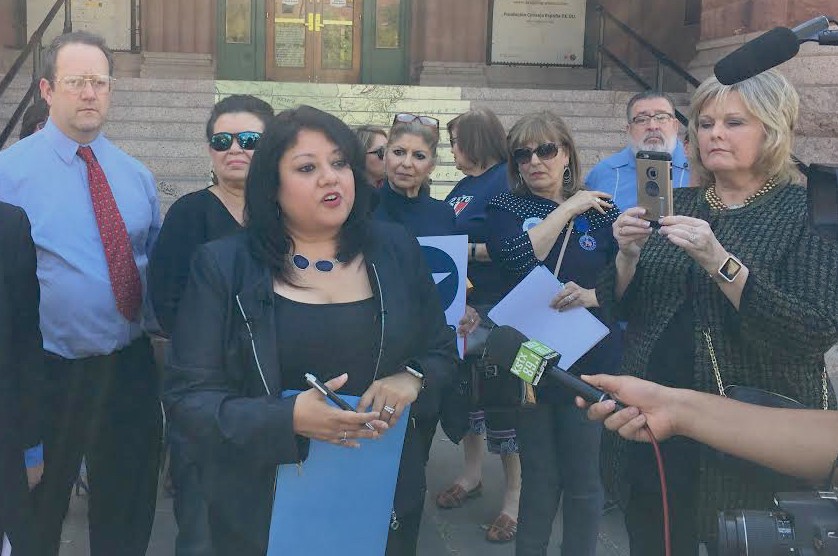 At a press conference outside the Bexar County Courthouse, current Chairwoman Monica Alcantara said she discovered documents showing "more than 15" party insiders may have committed money laundering, forgery and other crimes. She's since turned over financial records to the FBI at the urging of Bexar County Sheriff Javier Salazar, she added.

Medina, a political consultant who ran an unsuccessful Trumpian campaign for San Antonio mayor in 2017, was unavailable for immediate comment.

According to Alcantara's allegations, BCDP officials made payouts to people personally attached to Medina, often without tax filings. His loyalists in the party have withheld financial documents as part of a coverup, she added.

"The financial windfall that the previous chair created is full of financial malfeasance — most of it dissipated in a cloud of unethical payments to insiders that includes hundreds of thousands of dollars of unreported miscellaneous income to his inside circle of associates," Alcantara said, reading from a statement.

Alcantara took over in June from Medina, whose followers have become a disruptive force inside BCDP, she maintains. Since her election, the party's monthly meetings — when they happen — have been characterized by shouting matches, walkouts and at least one police visit.

Via email, the FBI acknowledged receiving records from Alcantara. However, in line with agency policy, it would neither confirm nor deny an investigation.
In a written press statement, Bexar County Sheriff Javier Salazar confirmed that he'd met with Alcantara about the party's records and recommended she  share them with federal authorities.

“Chairwoman Alcantara reached out and discussed her concerns with me," Salazar wrote. "Based on the information presented I felt that the FBI was a more appropriate resource for her to present the information to.”

Alcantara's announcement comes after a busy political season for BCDP, which started with a high-profile Texas Senate race last summer and ended Tuesday with the Texas House race to represent District 125. Democrat Ray Lopez emerged victorious in that contest.

During the news conference, Alcantara — flanked by other BCDP officials — said the party is continuing to raise funds and pledged to be transparent about their use.