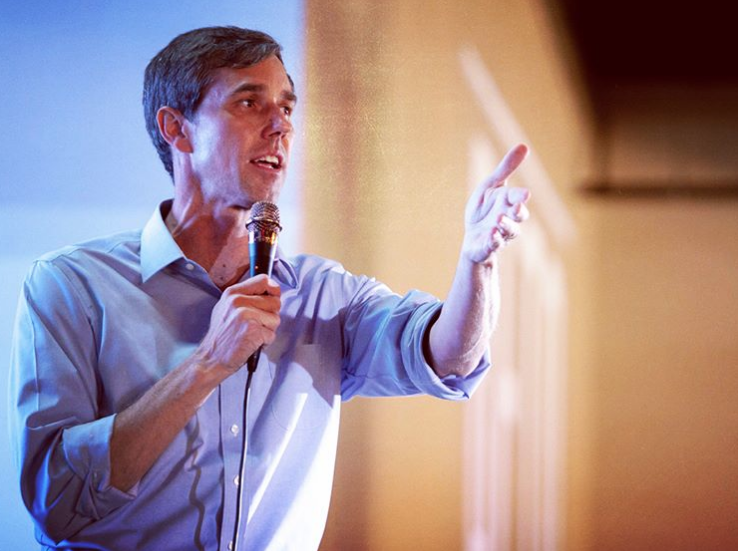 As his appearance in early voting state of Iowa suggested he might, Beto O'Rourke today threw in as a Democratic presidential contender.

Fresh from his almost-pulled-it-off Senate race against Ted Cruz, the former El Paso congressman has shown his ability to whip up a national buzz while raising mountains of cash. Plus, his positive energy and centrist appeal could be exactly what voters are looking for after two years of Trump fatigue.

I am running to serve you as the next president. The challenges we face are the greatest in living memory. No one person can meet them on their own. Only this country can do that, and only if we build a movement that includes all of us. Say you're in: https://t.co/EKLdkVET2u pic.twitter.com/lainXyvG2n

That said, the charismatic Texan has a few things stacked against him:
But it's not all gloom and doom.

Plenty of people wrote O'Rourke off when he announced his Senate candidacy, yet he quickly turned himself into a household name and managed to come within a couple hundred thousand votes of beating Cruz. If he's still got that luster, it may appeal to middle-of-the-road voters fed up with the divisive state of U.S. politics.
Plus, O'Rourke's a money-raising machine. During 2017 and 2018, his campaign committee raked in $80.3 million — more than any Senate candidate has raised in a single election.

And as we all know, he'll need plenty of that if he's going to overcome the many hurdles on the road to 2020.