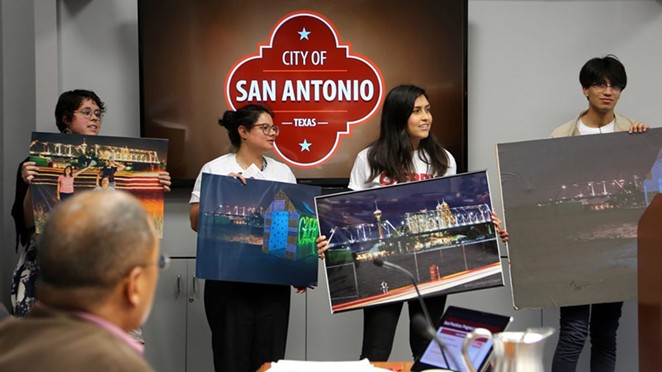 Editor’s Note: This story will be updated as other council members respond to our survey.

On Friday, the Texas Supreme Court ruled the City of San Antonio’s governmental immunity, a statute that protects municipalities from frivolous lawsuits, was waived in this case, a judgment that sent the case back to the 4th Court of Appeals.

The ruling was a major victory for the Hays Street Bridge Restoration Group, which, for seven years, has been fighting the sale of the property from the city to a group managed by developer Mitch Meyer. The restoration group’s ire stems from a 2002 memorandum of understanding between it and the city that would have turned the 1.7-acre property, which had been donated to the city, into a public-use project. In 2012, the litigation began when the group sued the city when it agreed to sell the property to Eugene Simor, owner of Alamo Beer Co.—a transaction that became official in 2014. In 2016, Simor sold the property to 803 North Cherry LLC, the entity Meyer manages.

During the City Council B session Wednesday, about 15 members of the restoration group held poster boards of photos of the bridge, just before the council entered an executive session to discuss the case.

“Drop it. Stop wasting taxpayer money,” said Graciela Sanchez, director of the Esperanza Peace and Justice Center, which has essentially fused with the restoration group in its opposition to the land sale. “If we’re going to win in a year, we’ll be in the same position. [The city will] have to figure out how to get that land [back], so figure it out now.”

Sanchez suggested the city could exercise eminent domain to reclaim the land, which borders the East Side neighborhood of Dignowity Hill, and pay Meyer and his group the $343,050 the property is valued at by the Bexar Appraisal District. Or, she said, the city could swap the land with Meyer for another property it owns.

On Wednesday afternoon, City Attorney Andy Segovia issued a statement laced with legal jargon that seemed to align with the council majority.

“Though the Texas Supreme Court on Friday directed the Fourth Court of Appeals to take up the City’s remaining arguments on the case, the City of San Antonio is exploring options on how to remove those issues from consideration,” Segovia wrote.

Mayor Ron Nirenberg didn’t have a statement on the latest developments, but does support “the effort described by Andy,” spokesman Bruce Davidson said in an email.

In their responses to the Heron, Councilman Hall, whose District 2 encompasses the land in question, said he will explore a solution that’s a win-win for Meyer’s group and the restoration group. Courage and Perry echoed that sentiment.

In a statement, District 8 Councilman Manny Pelaez said he always favors resolving disputes outside the courtroom.

“Litigation is not a good way for government and residents to problem solve,” Pelaez said. “As for reversing or voiding a sale, that’s easier said than done. I’ve been practicing law for 20 years, and during that time, I’ve never seen a transfer of real estate unilaterally voided by a former owner. The only solution to this debate is for reasonable people to get to sit down and fashion a resolution that is good for all stakeholders.”

In a lengthy statement issued by Brockhouse’s campaign Wednesday morning, the mayoral candidate said, “The only way to restore public trust is to drop all legal challenges, stop wasting public tax dollars and help the restoration group and neighboring community reclaim their landmark and public space.”

Brockhouse added that he has asked Segovia how much the ongoing court battle has cost the city. The restoration group has long envisioned the 1.7-acre property as a park that would help tell the history and significance of the Hays Street Bridge.

Meyer has plans to build a 127-unit, market-rate apartment building that has received an inventive package from the city worth an estimated $1.2 million.

The restoration group, which spearheaded efforts to restore the bridge into the pedestrian and cyclist destination it is today, has argued that a development would block views of the bridge and the downtown skyline behind it from the corner of Cherry and Lamar streets. Simor has told members of the media he wants to restore Dignowity Hill into the prominent neighborhood it once was.

Meyer and Simor did not respond to interview requests late Wednesday.

Council members Rebecca Viagran, Shirley Gonzales and Ana Sandoval did not respond to the Heron’s survey.


The San Antonio Heron is a nonprofit news organization dedicated to informing its readers about the changes to downtown and the surrounding communities.