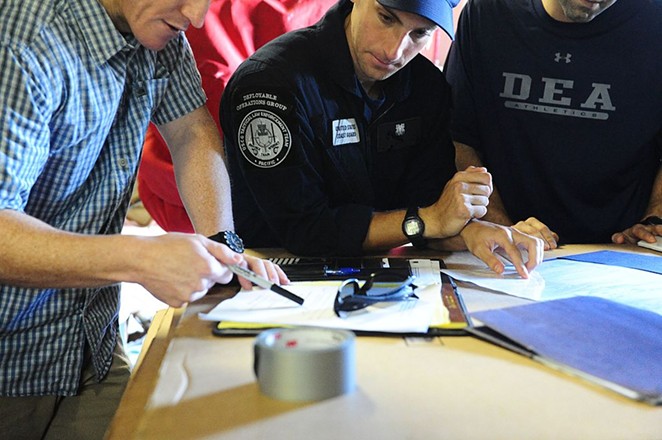 Citing data from federal drug-enforcement officials, MySanAntonio reports that more drug labs were found in San Antonio than any other major Texas city over the past 15 years. That's 58 of 'em since 2004, for those keeping tally at home.

Only the North Texas town of Wichita Falls has us beat. It had 66 lab busts during the same period. (And if you've ever been to Wichita Falls, you're aware why MySA didn't count it as a "major Texas city.")

SAPD officials interviewed for the MySA piece downplayed the federal numbers, pointing out that the presence of labs here is dropping. What's more, most are one-off sites as opposed to part of a larger criminal organizations.(Sorry, Breaking Bad fans.)

The article also points out that the state's rural areas had higher overall rates of lab busts due to their lower population numbers. The bustling East Texas metropolis of Lufkin, for example, had 23 documented drug labs, meaning a rate of 64.18 drug labs per 100,000 residents versus SA's rate of just 3.84.

I'm sure you feel safer already.