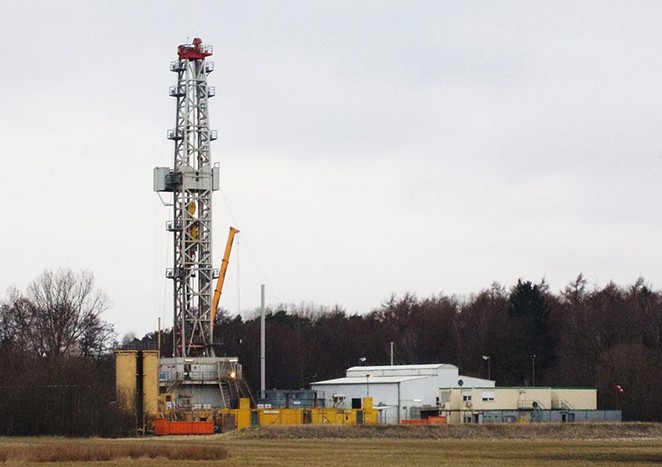 Environmental groups are warning that a bill passed by the Texas House and now awaiting discussion in the Texas Senate would give fracking companies a license to pollute the state's waterways.

House Bill 2771, which received an affirmative vote yesterday afternoon, would allow the Texas Commission on Environmental Quality to grant permits to let oil and gas companies discharge water used at fracking sites into rivers and streams. The Senate is expected to take up companion legislation, Senate Bill 1585, early next week.

The bill requires energy companies to treat the water before it can be discharged, but environmental groups caution that the bill is vague about what that means. What's more, Texas law allows companies to keep the ingredients of their fracking fluids secret, making testing and follow-up tricky to say the least.

"We have no ability to confirm what chemicals are in the water," said Adrian Shelley, director of watchdog group Public Citizen's Texas office. "Without that, there's no assurance you're correctly catching everything when you test for it."

The fracking process, widely used in the Eagle Ford Shale south of San Antonio, involves pumping chemically treated water deep into the ground to unlock oil and gas. Although the resulting wastewater is largely brines, it can include toxic contaminants and is typically disposed of in special injection wells.

According to a recent study, wastewater from fracking sites is on the rise. Companies used 770 percent more water per well in 2016 than in 2011 across all major gas- and oil-producing regions in the United States, the peer-reviewed journal Science Advances found.