Texas Couple Sentenced for Filming Rape of Dozens of Children, Including Infant 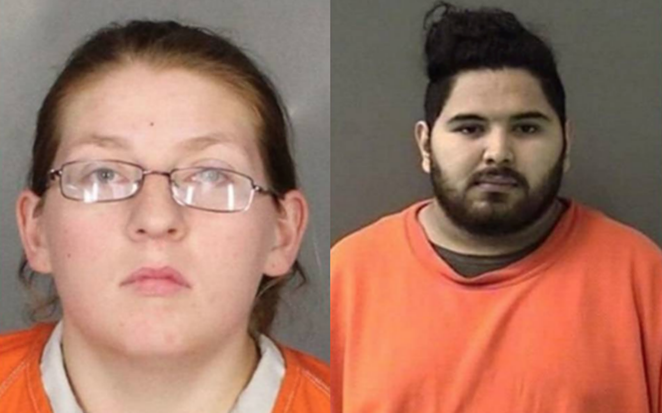 A Texas husband and wife were each sentenced to 60 years in prison on child pornography charges so horrific that a U.S. attorney called the pair some of "the worst criminals in the history of Texas."

Christopher Almaguer and Sarah Rashelle Almaguer each pleaded guilty to one count of sexual exploitation of children and one count of production of child pornography, the U.S. Attorney's Office said. Wednesday's sentencing comes after the couple admitted to uploading explicit videos of themselves raping and assaulting children in 2017.

Authorities said the victims ranged in age from 8 months to 14 years old. The AP reports there are at least 25 known victims, including family members, children the couple babysat and children from the church they attended.

"The sexual abuse involved here is the most indescribable abuse imaginable, probably two of the worst criminals in the history of Texas," U.S. Attorney John Bash told KSAT.

Investigators are not sure how many people received the explicit videos produced by the Almaguers, both age 27. Christopher Almaguer's brother Paul Perez Jr. pleaded guilty on two counts of receiving child pornography. He was sentenced to 20 years in prison.

The Almaguers' 60-year sentence is the maximum allowed for the charges.