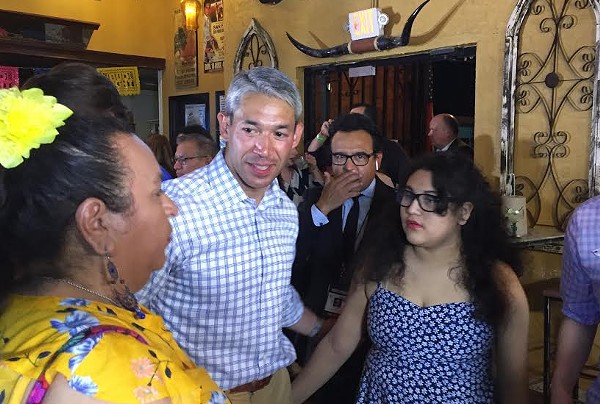 Somebody needs to tell Mayor Ron Nirenberg that winning in politics takes more than being the smartest guy in the room.

Clearly, Nirenberg has a vision for San Antonio. He's put considerable thought into preparing the city for growth and remedying the deep and wince-worthy disparities that have long haunted it.

But Saturday's election shows an inability to sell both of those things to voters.

How else could one explain the fact that he's headed to a runoff with Greg Brockhouse, a one-term councilman whose underfunded campaign has hinged more on catering to the public's distrust of government and institutions than any definable policy platforms?

Voters’ approval in November of two punitive charter changes put forth by the city’s fire union was intended as a rebuke to city officials. And sweeping out City Manager Sheryl Sculley, one of the objects of their scorn, did not alone remedy their lack of trust.
“My conclusion after observing the [November] vote is that Nirenberg’s support isn’t that deep and that he’s vulnerable,” Heywood Sanders, a professor of public policy at the University of Texas at San Antonio, told the Current earlier this year.

The recent election results certainly bear that out.

Brockhouse should be an imminently beatable candidate. The history of domestic violence complaints against him and his documented failure to keep up with child support payments should be dealbreakers for a huge swath of the population. What's more, his badgering of SAWS board nominee Amy Hardberger and subsequent quarrel with female members of council who came to her defense raise questions about the suitability of his temperament.

But if the 2016 presidential election taught us anything, it's that a large number of voters are willing to overlook concerns about character to send a message about their dissatisfaction with the status quo.

The problem here is that Nirenberg has let his opponent own that dissatisfaction. He's failed to mobilize voters who should be supporting his efforts to fix many of the problems Brockhouse points to as evidence that City Hall is broken.

Some examples:
Sure, the mayor has made those defenses during 10 or so debates with his rival, but the fact is few voters actually tune in. More vote on a gut feeling about whether candidates share their concerns, about whether the potholes on their streets have been fixed and about whether their appraisals have gone up yet again.

"Before Chick-fil-A popped up, this was a pretty ho-hum race," said David Crockett, a political science professor at Trinity University.

Crockett's right, and much of that blame falls squarely on Nirenberg. Television and Internet ad buys alone aren't the way to build excitement and grassroots support.

As the candidates head into a June runoff, the mayor had better figure out how to connect with San Antonians on an individual level and inspire them to make it to the polls. Otherwise, we could be in for a major remake of our city's agenda.