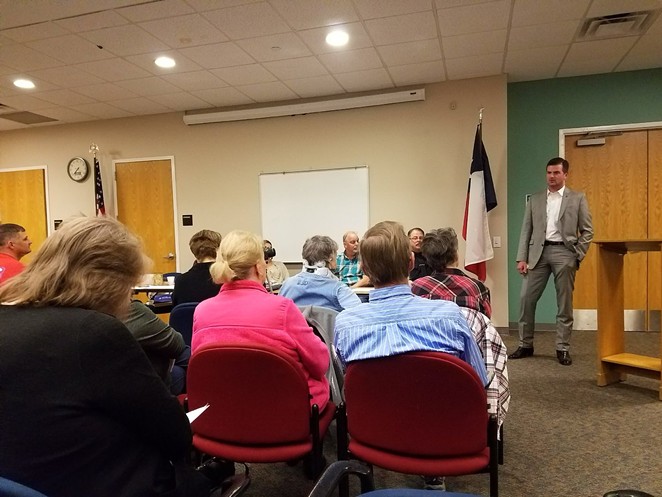 The Texas Senate has passed along party lines a bill that would make it harder for municipalities such as San Antonio to take down Confederate monuments.

Under Senate Bill 1663 — which received approval from all 19 Senate Republicans — city councils, commissioners courts and other local government bodies would need a two-thirds majority to remove or alter any monument at least 25 years old. The proposal also would also require a two-thirds vote of both the Texas House and Senate to remove such a monument on state property, such as a state university campus.

"We've seen a trend across the nation and the world where controversial monuments are removed and destroyed," Sen. Brandon Creighton, R-Conroe, said while introducing the bill, according to the Dallas Morning News. "I fear that we'll look back and regret that this was a period where deleting history was more important than learning from it."

During the heated debate, Sen. Royce West, D-Dallas, read passages from Texas’ declaration of succession from the Union that describe blacks as inferior, according to the report.

Creighton introduced the measure after cities including San Antonio and Dallas have removed confederate monuments on municipal property. In 2017, SA's city council voted 10-1 to take down a confederate memorial in Travis Park and has since been locked in a legal dispute with the Daughters of the Texas Confederacy over the removal.

Creighton stoked controversy earlier this session by introducing a substitute for a bill governing whether cities can force employers to offer paid sick time. His altered version struck down wording that would prohibit employers from discriminating against LGBTQ workers.

It's unclear how Creighton's monuments bill will succeed in the Texas House, which has a narrower Republican majority and whose leader, Dennis Bonnen, has largely steered away from advancing divisive legislation this session.