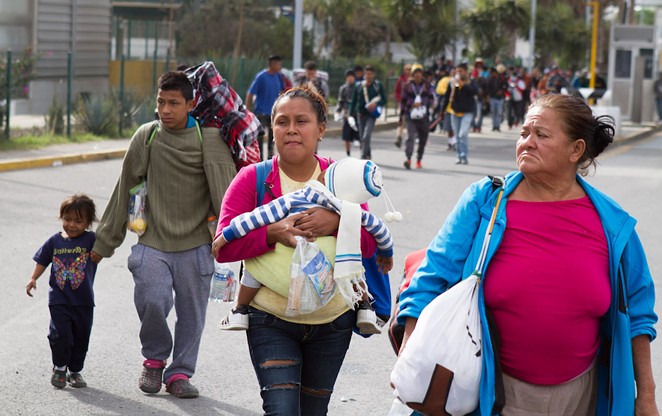 San Antonio's city council has approved $141,000 in funding to manage a surge in the number of Central American asylum seekers arriving in the city.

The funding, approved at Thursday's council meeting, includes $86,000 for Catholic Charities, the San Antonio Food Bank and Travis Park Church to provide food and shelter through the end of June. Another $55,000 would match community donations to the organizations on a 1-to-2 basis.

Since March 30, some 8,000 asylum seekers — mostly families with young children — have traveled through San Antonio to settle with host families, according to a memo from City Manager Erik Walsh. This spring, the City opened a downtown resource center to assist the migrants, while Catholic Charities and other groups provided food, clothing and shelter.

However, in his memo, Walsh warned that the partnership isn't sustainable without additional money. Federal officials recently warned the City to expect an even greater influx of migrants since San Antonio receives all asylum seekers released from the border cities of Eagle Pass and Del Rio.

“What started as a short-term situation has now escalated to a longer-term problem,” Walsh wrote. Travis Park Church initially sheltered 50-60 people per night, but that number has more than doubled, according to the memo.

So far, for the 2019 fiscal year, the total backlog for immigration cases stands at 869,000, according to the Syracuse University's Transactional Records Access Clearinghouse, which monitors the data. The backlog in San Antonio's immigration court accounts for roughly 27,000 of the total.

The increase in migrants from Central America migration has come as refugees flee violence, instability and government persecution in their home countries.