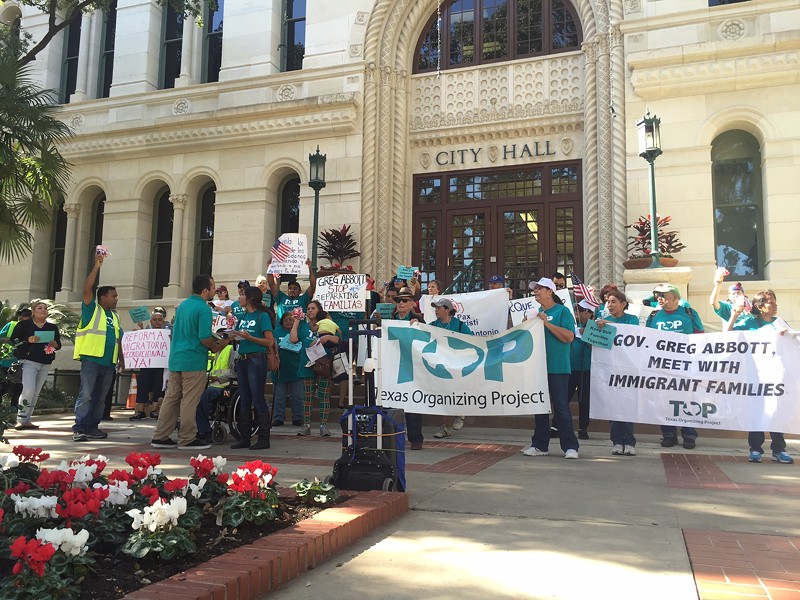 Mayor Ron Nirenberg has landed the endorsements of a couple organizing heavyweights that sat on the sidelines in the run-up to May's citywide election.

The Texas Organizing Project, or TOP, will officially endorse Nirenberg on Thursday, according to a statement from his campaign. And the Texas Democratic Party made its support official on Wednesday.

No doubt, those are endorsements the mayor could have used weeks ago. After all, Nirenberg only pulled 49% of the vote in the May contest, barely edging past competitor Greg Brockhouse.

But even getting the groups' backing this close to the June 8 runoff could yield a competitive edge.

Here's why. TOP has become a major organizing force. Remember, this is the group that collected more than 140,000 signatures to put a paid sick time ordinance on the ballot. It also did a lot of heavy lifting to make sure some of the blue wave in the 2018 midterms swept through Texas.

And because of TOP's focus on engaging with voters of color, it has the potential to boost Nirenberg's numbers on the West and South sides, where they lagged this election cycle.

"I'm grateful, humbled and proud to once again have the support of TOP and the hard working people who make up that organization," Nirenberg said in a statement. "We share common goals and I look forward to continuing to work with them."
Yep, it's a fair bet he is.

While it's less clear what the Texas Democratic Party's support will look like, it does bear noting that this is the first time in recent memory that the state party has weighed in on a mayoral election in San Antonio, which are traditionally nonpartisan.
However, Brockhouse has pulled in a $600 campaign contribution from the Bexar County Republican Party in addition to a contribution from the Alamo City Republican Women's PAC. He's also had organizing help from the city's fire and police unions.

So, why'd it take so long for TOP to get off the sidelines? That may come down to Nirenberg's complicated relationship with the group.

The mayor supported adoption of the paid sick time ordinance last summer, but only with some reluctance. What's more, he hasn't lobbied to shield the measure from the Republican-dominated Texas Lege, which has tried to chip away at paid sick time mandates this session.

But Michelle Tremillo, TOP's executive director, told the Express-News that wouldn't detract from her willingness to organize for Nirenberg, whom she said was more likely to stand up for the community's most vulnerable residents.

“We don’t have the luxury of focusing on just one issue,” Tremillo told the paper.