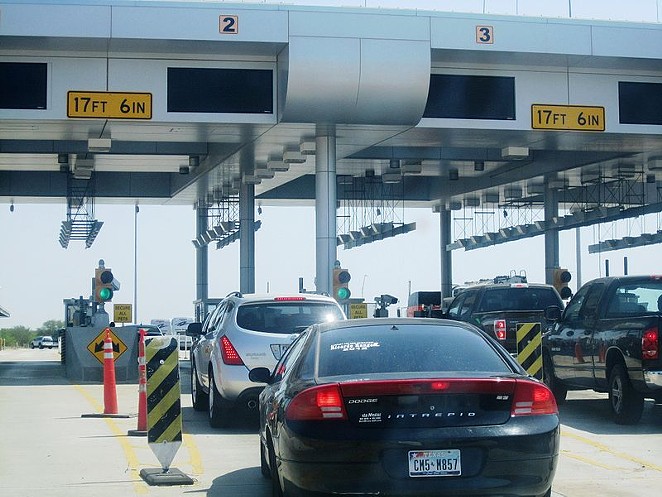 Economists have almost universally blasted President Donald Trump's threatened tariffs on Mexican goods, with one calling the move "crazy" and "a textbook case of how to inflict self-harm."

Now another practitioner of the "dismal science" has estimated how many Texans will lose their jobs if Trump follows through with his threat come Monday.

Hint: It's a shitload.

A 5% tariff would mean the loss of 117,335 jobs lost across the Lone Star State, according to an analysis by Waco-based economist Ray Perryman's consulting group. What's more, the trade penalties would shave nearly $12 billion (yes, with a "b") from the state's gross product as the impact spreads to households and other businesses.

Makes sense, considering Mexico is Texas' largest international trading partner. The ports at Laredo and El Paso are the two busiest on the border, with a combined $75 billion in goods passing through.

And let's not forget, the damage would only worsen if the president gradually increases the tariffs — as he's threatened to do. The penalties would hit a ceiling of 25% by October unless Mexico stops the influx of Central American asylum seekers arriving at the U.S. border.