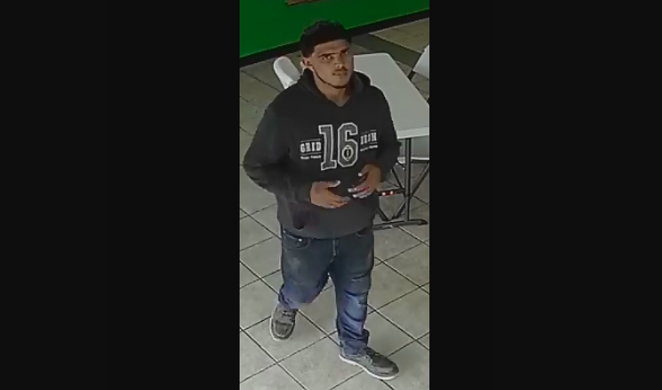 San Antonio police are asking the public for help identifying a suspect who robbed a local fruteria.

Police said a man walked into Señor Mango Ice Cream and Fruit on West Avenue on June 3 and placed an order. While waiting, he reportedly asked the clerk if she had change for a $100 bill. According to a KSAT report, the suspect then "reached to his waistband as if he had a gun" and threatened to shoot her if she didn't give him all the money in the register.

The employee followed the suspect's demands and handed over the cash, at which point the suspect fled on foot.

Fortunately for police, the suspect looked directly into the shop's video camera during the robbery, providing a clear look at his face.

So, if this not-so-bright robber looks familiar, Crime Stoppers is encouraging you to call (210) 224-7867 with information. You may also text tips to 274637. Anyone who submits information that leads to an arrest will be rewarded with up to $5,000.