South Texas Congressman Henry Cuellar Has a Primary Challenger. Here's Why That Matters 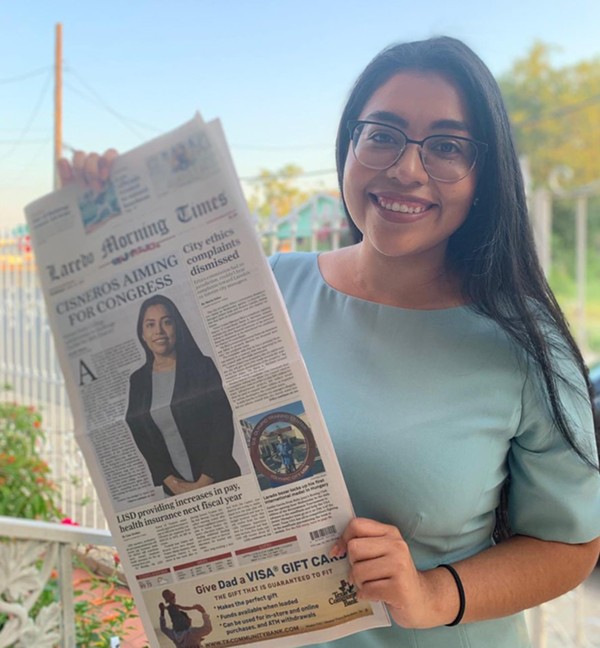 The group that backed Alexandria Ocasio-Cortez's run for Congress is now throwing its support behind another dynamic young candidate — a 26-year-old immigration lawyer who's taking on Laredo Democrat Henry Cuellar.

With the Justice Democrats' blessing, Jessica Cisneros this week launched a campaign to challenge Cueller in the Democratic primary for Texas' 28th District. Calling out the eight-term lawmaker as “Trump’s favorite Democrat," she touted her support for progressive policies including the Green New Deal, Medicare-for-all and a $15 minimum wage.

The added irony is that, five years ago, Cisneros served as an intern in the congressman's office.

To be sure, Cuellar is among the most conservative congressional Democrats. He voted with party's leadership 76% of the time in the last Congress, the third-lowest score among Democrats, Roll Call reported, citing CQ’s Party Unity Study.

He's also racked up plenty of campaign contributions from the fossil fuel industry and enjoys an 93% rating from the National Rifle Association. As the Current recently pointed out, he's also a top congressional recipient of contributions from private prison companies.

In other words, there's a clear ideological distinction between Cuellar and his challenger. And that likely makes the race a litmus test for how willing middle-of-the-road Democratic voters are to follow their party in a far more progressive direction.

Cuellar — who last won re-election with 84% of the vote and faced no GOP rival — has cautioned that challengers from the left may learn the hard way that his district cuts pretty close to the center.

“I’ve been polling and my district is more moderate, conservative Democrats, and I think an outside group that thinks that they know South Texas politics better than I do are going to find [that] out,” he said in January.

The lead-up to 2020 will show just how well Cuellar read the cards.