Trump's Mass Roundup of Immigrants Will Start Sunday, Washington Post Reports; San Antonio Unlikely to Be Among the Initial Targets 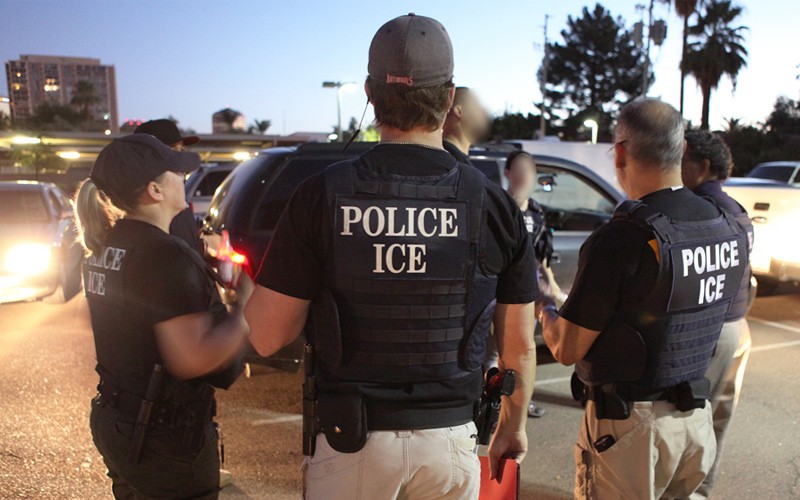 The sweep is said to target as many as 2,000 families that have already received deportation orders. The focus will be on 10 "major immigration destinations," including Houston, Chicago and Miami, according to the Post.

San Antonio has seen a recent influx of Central American migrants released from federal facilities along the border. Between March 30 and mid-May, 8,000 asylum seekers have traveled through the city to settle with host families.

However, Zenén Jaimes Pérez, communications director for the Texas Civil Rights Project, said the Alamo City is probably not a focus of the raids. Immigration officials told his group the sweep will hit metro areas with large, permanent populations of Central American migrants.

"One thing we've seen is that San Antonio is more of a transit point that people pass through before going somewhere else," Pérez said. "The target seems to be places where there's a lot of Central American diaspora."

Even so, Pérez worries the mass arrests could result in separations of children from their families and the detention of people who are awaiting asylum hearings and have a legal right to be in the country.

"Unfortunately, we always see collateral arrests in dragnets like these," he said.

Trump has been telegraphing the roundup in conjunction with the official start of his 2020 campaign, tweeting Monday that raids were coming “next week” and would involve “millions” of deportations.

By ordering the raid, Trump circumvented acting DHS Secretary Kevin McAleenan, who argued for a smaller, more-targeted operation, the Post reports. McAleenan cautioned that widespread raids risked pulling parents away from their children while they were at day care, camp or friend’s houses.

"These potential raids are a disgusting political ploy to stoke fear and rile up Trump’s base for 2020," said Sandra Cordero, director of the immigrant-rights coalition Families Belong Together. "Past raids have left children alone and afraid in empty homes, praying they won’t be left to care for younger siblings by themselves, with no idea if they’ll see their parents again."