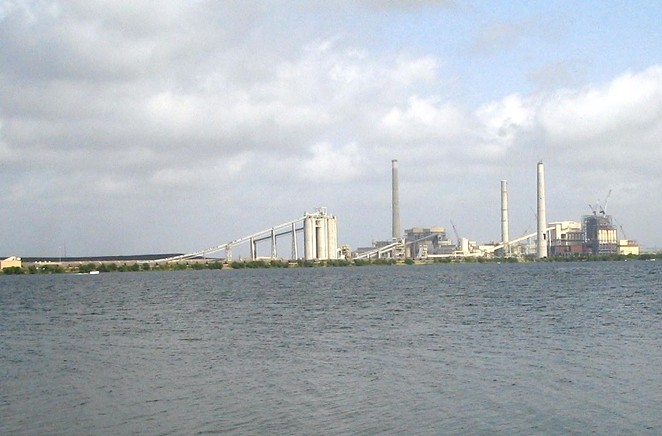 CPS Energy could save $1 billion from 2026 through 2040 by shuttering its J.K. Spruce 1 and J.K. Spruce 2 coal-fired plants and switching to renewable options, a new Sierra Club-commissioned report says.

According to research by Synapse Energy Economics of Cambridge, Mass., San Antonio's city-owned utility has spent $120 million more running the plants over the past five years than it would have by switching to cleaner alternatives.

Environmental groups including the Sierra Club have pressured CPS to close the two plants early, saying they play a major role in the greenhouse emissions that pushed the area into noncompliance with federal clean-air standards.

CPS intends to keep Spruce 1 operating until 2030 and Spruce 2 sometime into the 2040s. The utility closed its other coal-fueled facility, the '70s-era Deely Plant, at the end of last year.

Sierra Club officials said the new report should push CPS to reevaluate its reliance on coal and open discussions with the community about renewable alternatives.

“This report makes it clear that CPS Energy must, at a minimum, open up a public planning process to evaluate the future of San Antonio’s energy," said Chrissy Mann, a Sierra Club senior campaign representative, via a press release. "Across the country, including Texas, meaningful public input has resulted in plans to replace coal with clean energy, all at financial savings to the utilities. San Antonio deserves this opportunity to reduce rates and clean up the air.”

However, CPS officials said a blend of traditional and renewable sources has allowed it to keep energy bills down while delivering solid financial performance. The company also said that it closed the Deely Plant — dubbed "Dirty Deely" by environmental groups — ahead of schedule as part of its commitment to clean air.

"While the daily, monthly, and yearly market power prices can go up and down, the investment in these units is meant to provide stability for the long term," CPS said in an emailed statement. "In fact, Fiscal Year 2019 was a great year. Our net income was $168 million, driven chiefly by the performance of all the plants."

Even so, environmental groups said the burning of coal contributes to the development of diseases such as asthma, often striking poor and minority communities the hardest.

“Asthma is most prevalent chronic disease in San Antonio among children across all age groups and ethnicities," said Dr. Adelita Cantu, an associate professor at the UT Health San Antonio School of Nursing and a member of the Alliance of Nurses for Healthy Environments. "The black and Latino population on average bear a 'pollution burden' of 56% and 63% excess exposure, respectively, relative to the exposure caused by their consumption."