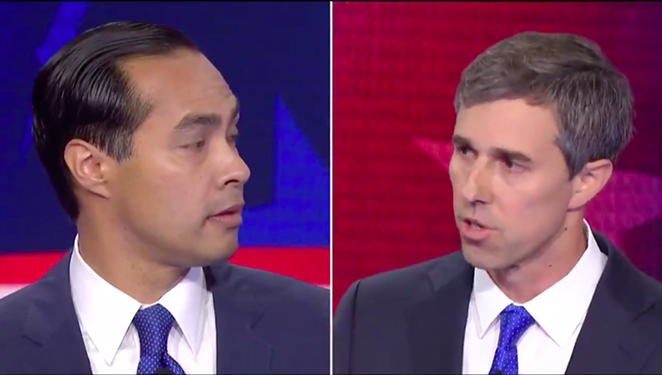 In yet another sign there's room for only one Texan in the crowded Democratic presidential field, Julián Castro and Beto O'Rourke have scheduled competing Friday night rallies in Austin.

The Texas Democratic Party will host a meet-and-greet with Castro at Cheer Up Charlie's Friday at 7 p.m. O'Rourke, meanwhile, set his campaign event at Scholz Garden at 6 p.m. the same night. Both bars are within eyesight of the Texas Capitol.

Castro, a former San Antonio mayor and President Obama's housing secretary, won a lifeline for his struggling campaign on Wednesday with a strong debate performance in which he tangled with the better polling but largely underwhelming O'Rourke over immigration.

Castro has been on a victory tour since the breakout performance, gaining the kind of wall-to-wall media coverage that's evaded him since kicking off his campaign in January.

Castro's campaign also said the day following his debate appearance was its strongest fundraising day so far, tripling the amount raised over during its previous high and pulling in three times the number of donations.

CNBC reports that former El Paso congressman O'Rourke held a conference call Thursday with donors during which members of his team offered takes on how he could pick up his game in future debate appearances.