The parents of a three-month-old boy are mourning after he was allegedly beaten by his grandmother's boyfriend.

Jasmine Ybarra told KSAT that her mother went to her house last Friday and asked if she and her boyfriend, Jose Rafael Amaya-Cantu, could see baby J'Anthony McKnight. Ybarra agreed, and asked her mother if she would buy milk for J'Anthony. Ybarra again said yes, at which point her mother said she would take the baby out shopping for some clothes as well.

Ybarra said the shopping trip took so long that she fell asleep.

"When I saw him, he didn't look like my baby," Ybarra told KSAT. "He didn't look how I left him. It was just devastating." 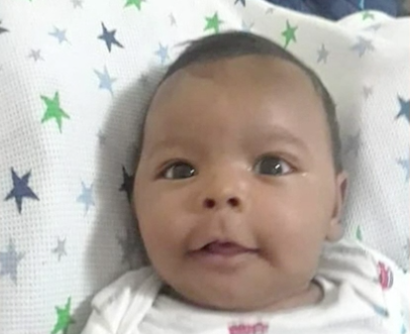 As a result of J'Anthony's death, Ybarra's two other children have been taken away by Child Protective Services.

According to a KSAT report, Ybarra's mother and Amaya-Cantu told her and the baby's father, James McKnight, that J'Anthony was with them during a car accident. Later they told her the child fell off a bed.

The hospital diagnosed J'Anthony with a fractured skull, brain swelling, broken bones and broken ribs. He died from his injuries, which police believe were caused by Amaya-Cantu, the last person seen with the baby.

"I pray other families to be careful who they leave their children with and love and cherish them deeply," Ybarra said.

The mother said she wants the truth to come out, and for those responsible to be held accountable — including her mother.

"They say she is innocent because she wasn't there when the incident happened," Ybarra told KENS 5. "But I feel like she should be behind bars as well, because I left my baby under her care."

The 32-year-old Amaya-Cantu has been arrested and is facing a charge of serious bodily injury to a child. However, those charges may change since the child died from his injuries. Police are continuing to investigate this case.